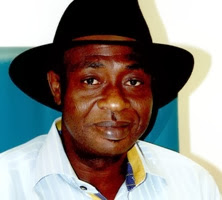 Fifty Year old Raphael Oloye Nomiye, until his death the lawmaker representing Ilaje/Ese-Odo Federal Constituency in the House of Representatives under the platform of the Labour Party.
The lawmaker was said to have died shortly after an affair with the banker (names withheld). The spokesperson of the Federal Capital Territory (FCT) police command, Hyelhira Altine Daniel, confirmed the incident, saying the command was still investigating the cause of the legislator’s death.
When Sunday Trust visited the deceased’s residence at Second Avenue in Gwarinpa Estate, neighbours and witnesses said the banker, who managed his accounts, was said to have rushed down from the one-storey building to inform the policemen on guard at the house that “oga just fell down and is vomiting blood.”
They said when the policemen entered into his room upstairs, they found him laying on the floor with a towel tied round his waist, while he bled from the mouth. He was then quickly taken to a private clinic on 3rd Avenue within the estate in his official Toyota Camry 2012 car with Registration Number 148B Rep.
It was further learnt that doctors at clinic declined to attend to him, saying it was a “serious” matter, following which he was then rushed to the National Hospital, Abuja, where he was later pronounced dead.
Police sources disclosed that the banker, who is now in police custody at the Gwarinpa Police Division, had earlier denied having sexual affair with the lawmaker before his death.
But she was said to have changed her statement after doctors at the National Hospital conducted an examination on corpse, which confirmed that the deceased had slept with a woman shortly before his demise.
The sources said after the test, the banker admitted to interrogators that she had actually slept with the deceased and had helped him to clean up, following which he went into the bathroom, where he suddenly fell and began to vomit blood.
Police investigators who inspected the lawmaker’s house had succeeded in recovering some items, including a bottle of water, which the deceased lawmaker had drank from some tissue papers and the clothes the deceased had worn earlier in the day, Sunday Trust gathered.
When our reporters visited the banker’s private residence located at Kado Estate in Abuja, two of her professional friends, who spoke on the condition of anonymity, said the banker and Raphael had been friends. They, however, denied knowledge of the lawmaker’s death.
An investigation by Sunday Trust also revealed that although the late lawmaker was married, his wife and children were not living with him in Abuja.
As at press time, there was no official statement from his family or the House, but a lawmaker in the Lower Chamber confirmed the lawmaker’s demise. He added, however, that the House would make an official statement until it received formal notification from Nomiye’s family.

When contacted, the Deputy Chairman of the House of Representatives Committee on Media and Publicity, Victor Ogene, said he was yet to get an official confirmation of the death and, as such, wouldn’t comment on it. 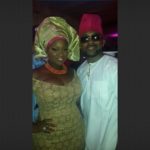 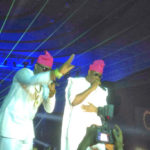