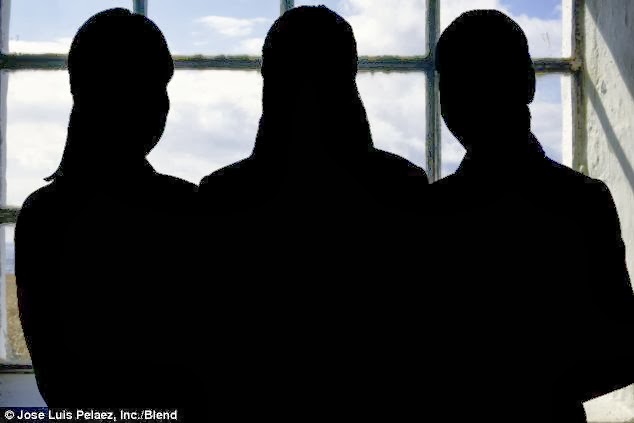 Spotted this over at TheGuardian and truth be told, crazy things happen in all these developed countries. Same way three American women were held captive for over 10 years and later re-gained their freedon in Ohio..Read it HERE if you missed it.

Three women have walked to freedom from a south London house where they were held for 30 years in what police described as the worst case of modern-day slavery ever uncovered in Britain.

Police said on Thursday the youngest woman, a 30-year-old British citizen, had had “no contact with the outside world” and was probably born in captivity, possibly within the house in Lambeth.

All three women – a 69-year-old from Malaysia, a 57-year-old from Ireland and the British woman – were described as “deeply traumatised”, and were being looked after by specialists.

The extraordinary story of how the women were rescued from three decades of fear and enslavement within an “ordinary house in an ordinary street” in south London emerged on Thursday after the Metropolitan police’s human trafficking unit arrested an unnamed man and woman, both 67, at the same property in Lambeth, at 7.30am.

The pair, who are not British citizens, were bailed early on Friday morning until a date in January. They were arrested on suspicion of being involved in forced labour and domestic servitude, contrary to Section 71 of the Coroners and Justice Act 2009.

The arrest was the final act in a highly sensitive, secretive investigation aimed first at rescuing the women and then getting evidence to detain the suspects.

It began when the Irish woman made an audacious telephone call for help last month. She acted after seeing a television documentary and watching the founder of an organisation called the Freedom Charity being interviewed.

Aneeta Prem, the founder of the organisation, said it was a news interview she carried out after a documentary that led to the call for help. “The Irish lady saw me on TV and the name of the charity was a catalyst. That is exactly what they wanted, they wanted freedom,” she said.

The charity contacted the police. Tense negotiations took place over a week during secret telephone calls that the women were able to make from the house, before – in a carefully choreographed rescue – the three women were able to walk out of the property on 25 October, where officers were waiting.

They were taken into specialist care, and over days and weeks they were coaxed into talking about what had happened to them. Detective Inspector Kevin Hyland, who leads the Met’s human trafficking unit, said what had been uncovered in the home was like nothing the police had ever experienced before.

“In London we have investigated cases where people have been held in servitude or forced labour for up to 10 years, but 30 years is quite extraordinary and not something we have seen before,” he said.

He added the youngest victim had probably spent her whole life “under the control or in the company of these people”.

Hyland said the three women were highly traumatised and were being kept in a place of safety. He said it had taken time following their rescue for them to be able to talk to the police.

“There’s a lot of difficulties with the victims,” he said. “These are deeply traumatised people and we are getting professional help to establish the events that have happened to them.

“It’s been a very difficult process to establish the facts, one that we haven’t experienced before.

“When we had established the facts we conducted the arrests.

“We’ve established that all three women were held in this situation for at least 30 years.

“They had limited freedom, there was some controlled freedom but their lives were allegedly one of domestic servants or forced labour. They were living in a normal community, but that’s not unusual for cases of servitude, trafficking or forced labour.”

More details of the rescue emerged later on Thursday. The Met police said the initial call to the charity was made by the Irish captive on 18 October, after the women had watched a documentary about forced marriage.

The woman told the helpline she had been held against her will in a house in London for more than 30 years. She also said there were two others with her.

The charity passed the information on to the police and detectives began to investigate to establish the exact location where the women were being held.

At the same time, workers from the Freedom Charity maintained contact with the women in a series of secret phone calls.

The call to the charity came through some time after the TV documentary was broadcast.

Prem said her workers treated “every call as a last chance” and immediately sought to help the women. “We gained their trust over a period of telephone calls when they could telephone. That had to be done in secret,” she said.

“They were very brave to carry on with that. It was very difficult for them to get to the telephone. They gave us set times when they were able to speak to us.”

The rescue was planned for 25 October when arrangements were made to meet them at an agreed location.

Two of the women – the 30-year-old and 57-year-old – walked out of the house and met the charity workers and the police as planned. They then identified the location where they had been held and the police moved in to rescue the eldest woman from the property on the same day.

Describing the conditions the women have been living in, Prem said: “They felt they were in massive danger.” Their alleged captors were the “heads of the family” and the women were “absolutely terrified” of them.

“They were living lives of domestic servitude,” she said. “They did have rooms that they could use but they were really restricted about what they could do and could never leave the front door.”

Prem told BBC Newsnight: “They are very distressed about what’s happened but they’re making steady process. I’ve spent a great deal of time with them and think they’re making as much progress as we can expect them to. It’s been very difficult for them.”

Describing the moment they walked out of the house, Prem said: “They threw their arms around me and thanked me for work we have done … it was a very, very emotional time.”