A woman in the United Kingdom died of head injuries after killing her 3 children in an incident which has been described as unavoidable.
23-year-old Fiona Anderson was 8 months pregnant when she jumped off a storey building after drowning her 3 young children in her home.
The lifeless bodies of Levina, 3, Addy, 2, and 11-month-old Kyden were found after their mother’s and it has been revealed that Fiona was suffering from depression after being separated from the children’s father.
The Mirror reports:

The deaths of a heavily pregnant young mum who jumped from a car park and the three children she is believed to have killed could NOT have been prevented, an investigation has found.
Officers found the bodies of Fiona Anderson’s tragic tots, Levina, three, Addy two, and a
son aged 11 months at her flat after she plunged from the top floor of the nearby multi-storey building.

A photo of her husabnd and kids when you continue

Friends said the 23-year-old had been gripped by depression since splitting from their dad Craig McLelland and the day before the deaths she had posted a chilling message on Facebook warning she might harm them.
One of her friends who did not want to be named, said: “We heard she put a status on her Facebook page last night, saying, ‘My babies will go with me’. 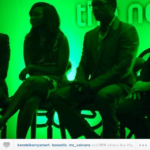