Lagos State University students went on the rampage Thursday, disrupting the university’s  second semester examination and destroying properties in the process.
The protest which started Wednesday over the closure of the university’s registration portal, led to stoning of the University Vice Chancellor Prof. John Obafunwa, as he tried to evade the riotous students who had blocked the main gate and made bonfires on the Lagos-Badagry expressway.
An eye witness told P.M.NEWS Thursday that students threw sticks and stones at the Vice Chancellor’s convoy as he made to escape through an alternative route beside Conoil Filling station.
Trouble started in the university when the VC decided not to open the registration portal for over 2,000 students who are yet to register their second semester courses as exams was to begin Thursday, even though the banks are still collecting school fees from students, whose hope of registering gets slimmer by the day.
According to the students, only 708 were able to register before the portal was shut again leaving, 1292 students to their fate.
When the students union government went to plead on behalf of the students, the VC was reported as saying those yet to register are insignificant and would automatically have to carry the session over, a statement which infuriated the students and they decided to take laws into their hands.
A 100 level Political Science student, Adesegun Bisuga, laments the hard-line stand of the VC, saying he is inconsiderate.
“I personally don’t know why the VC decided to take that kind of hurting decision looking at the high fees the students are paying and after they struggle to pay, the VC denied us registration which will lead to the students having carry covers and extra year(s),” he said.
During an audience with the Vice Chancellor by members of the student union body, it was reported that the Vice Chancellor said 11,300 students, have registered so far, and the remaining the 1292 students crying foul falls in the rank of the minority.
Efforts to speak with the Dean of Students Affairs, Prof. Kabiru Akinyemi, was not successful as he said he cannot comment on the matter now. Calls put across to the Vice Chancellor were also ignored.
The speaker of the Students Parliamentary Council,  Sodiq Adewunmi Sanni, while speaking with our correspondent, advised that the university management should consider the students in view of the outrageous school fees they are paying.
“The university management needs to consider the students, they are paying the highest school fees for a state university in Nigeria. Even though I am not affected, the students’ school fees is outrageous. They have gone through a lot and to now deny them registration is not in anybody’s good interest.
“I would advise that the management postpone the exams till next week, so as to accommodate the 1292 students that are yet to register. That is not a figure to over look,” the speaker said. 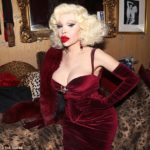