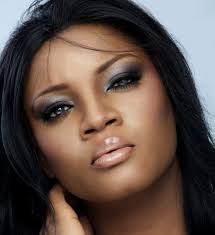 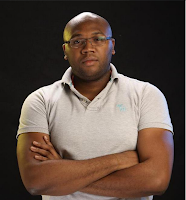 Sometimes we find ourselves at the cross road of our career. It used to seem as if you knew where you were going but suddenly, you are left to ask the life changing questions; is this really what I want? Should I go left or right? Should I stick with this or try something different? Should I follow my passion or stick with what I have at hand?

This happens to the best of us – even the successful business owners, celebrities and professional we have come to admire. Yet they were able to figure out their answer. The results of their decisions were successful careers; often beyond their wildest dreams.

There story is there to remind and inspire us to make the right decision and go for the life you desire. In no particular order below is a list of 10 successful Nigerians in diverse niches who got to a point in their lives when they had to let go what they have and go for what they really wanted.

1. Chimamanda Adichie – Writer, Author
Born in the town of Enugu, Chimamanda Adichie studied Medicine and Pharmacy at the University of Nigeria, at the request of her father. She had always dreamed of becoming a writer, a desire that she credits to Chinua Achebe, Igbo author of Nigerian masterworkThings Fall Apart. She quit studying Medicine after a year and a half and left Nigeria at age 19 for the United States to study communications and political science at Drexel University in Philadelphia. She transferred to Eastern Connecticut State University to live closer to her sister. Today, she is a widely celebrated writer with her three bestselling novels; Purple Hibiscus, Half of a Yellow Sun and her latest novel Americanah (selected as one of the New York Times’ 10 Best Books of 2013)

2. Jason Njoku – Entrepreneur and co-founder Iroko Partners Born in Britain: After graduating with a 2.1 in Chemistry from University of Manchester in 2005, Jason Njoku threw himself into launching a magazine for students called Brash – fuelled by loans from bank and friends, and youthful enthusiasm; a business he admits his most epic failure. In an interview with Forbes Africa he said, “I spend a good three years making every mistake there was to make about how to run a business.” He took a break in formal employment as a recruitment consultant. But his entrepreneurial drive got him back on another round. He co-founded ‘Roll On Friday’ – a blog network and news site for young professionals in banking, law and consultancy – another failed venture that lasted for two years. He turned to other business to pay the bills; a T-shirt company, a web design venture. But defeat led to a revelation; a huge opportunity in the Nigerian Movie industry, Nollywood. The idea of Iroko Partners was born. Today, he is the co-founder of IrokoTV, a web platform that provides Nigerian films on-demand, and one of Africa’s first mainstream online movie steaming websites, giving free and instant access to over 5,000 Nollywood film titles.

3. Ibukun Awosika – Entrepreneur, and founder The Chair Centre Ltd
Ms Ibukun Awosika wanted to become a medical doctor when she was in secondary school, later on, Architect but eventually ended up graduating with her first degree in Chemistry from the University of Ife (now Obafemi Awolowo University, Ile-Ife). She also took many free electives in accounting as she had keen interest in banking. Since a bank job didn’t materialize, She took a sales job at a furniture company. Three and a half months later, she resigned her position to set up her own furniture manufacturing company, Quebees Ltd, from which The Chair Centre Ltd later evolved. She started in January 1989 with 2 carpenters, 2 sprayers and 2 upholsterers from the back of her father’s house. Today she has grown her business to a net worth of more than three billion naira ($18.6 million).

4. Okey Bakassi – Actor, Comedian
After his secondary education, Okechukwu Anthony Onyegbule AKA Okey Bakassi got admitted into the Rivers State University of Science and Technology (RSUST), Port Harcourt, where he studied Agricultural Engineering and graduated in 1992. This Engineer decided to build his career around his passion for entertainment. He became a professional movie actor in 1994 after his national youth service (NYSC). In October 2008, he was appointed Senior Special Assistant to the Governor of Imo State on Entertainment Industry Matters and served till August 2011.

5. Kate Henshaw – Actress
Kate Henshaw spent one year at the University of Calabar studying remedial studies, and then majored in Medical Microbiology at the School of Medical Lab Science, LUTH (Lagos University Teaching Hospital). In 1993 Henshaw, left her career in Medicine to pursue dream to become an actress. She auditioned for the lead role in the movie When the Sun Sets and was handed the role. She has starred in over 40 Nollywood movies. In 2008 she won the African Movie Academy Award for Best Actress in a Leading Rolefor the film Stronger than Pain. She is presently one of the judges on Nigeria’s Got TalentTV reality show.

6. Linda Ikeji – Media Entrepreneur
Blogger Linda Ikeji was admitted to study English at University of Lagos contrary to her course choice; Mass Communication. Her lifelong dream was always to become a journalist. After university, she worked hard to break into journalism, launching her media company, Blackdove Communications, a modelling agency and events management outfit. She began her modelling career in 1998 and gave up in 2005. She started her magazine in 2006 that didn’t get passed two editions. In the same year, Linda started her Blog, lindaikeji.blogspot.com.

7 years later, Linda Ikeji’s blog has become the most popular entertainment online platform in Nigeria; 13th most visited websites in Nigeria and 2218th in the world. In August 2012, she was listed on Forbes Africa as one of the highest paid bloggers in Nigeria.

7. Omotola Jalade – Actress, Singer
Omotola’s original career ambition was to work in Business Management. While awaiting her results from University, she began modelling to earn a living. She had a brief stint at Obafemi Awolowo University and finally completed her studies at Yaba College of Technology Yaba (1996-2004), where she studied Estate Management. Omotola was introduced to acting by accompanying her model friend to an audition. Her first acting role was in the 1995 movie, Venom of Justice directed by Reginald Ebere. She had appeared in over 300 movies, launched her music career in 2005 and in 2012, launched her reality show, Omotola: The Real Me on Africa Magic Entertainment.

8. Mrs. Adenike Ogunlesi – Entrepreneur and founder of Ruff ‘n’ Tumble
In her second year as an undergraduate law student at the Ahmadu Bello University in Zaria, Mrs Adenike Ogunlesi opted out of school unsure of what to do with her life. She then reluctantly accepted her mother’s invitation to work in her women’s tailor shop. That experience helped her to discover who she was and what she wanted to do. From a tiny shop with her and her mother as the main staff, Mrs Adenike turned Ruff ‘n’ Tumble, to become one of the best manufacturers of children’s clothing in Nigeria. Today Ruff ‘N’ Tumble is a thriving business with over 50 employees and distribution along the West African coast.

9. Mr. Frank Nneji – Entrepreneur and Founder/CEO ABC Transport
Mr. Frank Nneji, OON, graduated from the University of Nigeria, Nsukka in 1982 with his first degree in Biological Sciences. He gave an early foretaste of what to expect of his life trajectory when he successfully ran for the position of Transport Officer in the UNN students union election. He never failed to take an opportunity to make some pocket money by conveying fellow students to venues of sporting events for a fee in his personal rugged car. Today, he is the founder/CEO of Associated Bus Company Plc – operator of ABC Transport, a clear front-runner in luxury bus operation in West African sub-region.

10. Dr. Raymond Dokpesi Founder DAAR Communications
His full name is Raymond Anthony Aleogho Dokpesi. Born in 1951 in Ibadan, Dr. Dokpesi was part of the pioneer students of University of Benin Edo state where he did his undergraduate studies. He completed his studies in University of Gdansk, Poland where he earned his Doctorate degree in Marine Engineering under the sponsorship of Alharji Bamanga Tukur who saw him through his secondary school days to his University level. Dr. Raymond practiced in his field of study working at the Nigerian Port Authority but he never forgot his first love; showbiz and entertainment. He decided to put his dream to reality when he conceived the idea of starting a radio station during the Ibarahim Babaginda regime when the atmosphere was conducive enough due to the deregulation of broadcasting in Nigeria. In 1994 he launched the first Nigerian private FM radio station. Two years later, he launched Africa Independent Television – (AIT), the first private television network in Nigeria operated by Daar Communications.

We can craft any future we want! What do you think? 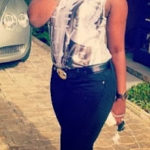