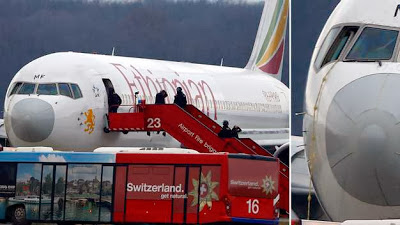 The co-pilot of a hijacked plane has been arrested in Switzerland after taking control while the pilot went to the toilet. The suspect, an Ethiopian man born in 1983, locked himself in the cockpit before landing the plane in Geneva. After leaving the aircraft through a window using a rope, he then surrendered to police asking for asylum in Switzerland.
There were no injuries to the 202 passengers or crew. Flight ET702 was on its way from Addis Ababa and was scheduled to arrive in Rome at 4.40am. Instead it landed in Switzerland at 6am local time.
Geneva airport chief executive Robert Deillon told reporters the suspect “wanted asylum in Switzerland” and “that’s the motivation of the hijacking”.
Swiss federal authorities are now investigating the incident and are set to press charges that could carry a prison sentence of up to 20 years.
The pilot is reported to have issued a mayday as the plane flew over Sudan. FlightRadar 24 – an app for mobile devices – showed the flight circling over Geneva several times before landing.
The Boeing 767-300 plane had just 20 minutes of fuel left when it landed.
Sky News’s Harriet Hadfield said the airport had not yet opened when the plane landed – and passengers had to wait until it did before disembarking. She said:

“It must have been a very terrifying experience for the passengers on board.

“It seems to have been the case that passengers had to wait until the airport opened. Happily there are no injuries but it must have been a very, very frightening experience.” 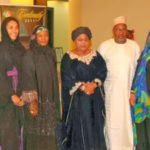