Girls as young as ten are being sent to initiation camps in Malawi to be taught about how to have sex and in some cases lose their virginity. The girls are told by their families they are attending a camp with their friends, but when they arrive they are shown how to have sex and told they must lose their ‘child dust’ as soon as they can or they will get a skin disease.
The horrifying practice is not new – it is a time-honored ritual passed through generations and the girls are sent by their families to make sure they are accepted into their communities as adults.
When she was aged 10 Grace (in the picture above) was sent to an initiation camp which took place not far from her home in Golden Village, where Grace lives with her grandmother, reports CNN.
During her week-long stay she said she was taught her about respecting her elders and doing household chores, but also how to have sex by the women that led the camp who are known as he women, known as anamkungwi, or ‘key leaders’.
She told a group of journalists visiting Malawi with the United Nations Foundation that the women  demonstrated sexual positions and encouraged girls to do ‘sexual cleansing,’ also called kusasa fumbi, which meant they should get rid of their inexperience with sex through practice.
You should be dancing and have a man on top of you, making him happy,’ she was told.
She said she was not told about the risks of pregnancy, sexually transmitted diseases or how to protect herself. She was also forbidden from using a condom, although Grace did not refused to do her sexual cleansing.
Joyce Mkandawire, the communications advisor for the Girls Empowerment Network said many girls are often not given the choice and sometimes adult men (known as hyenas) are hired by the girl’s own parents.
‘A hyena moves at night. Likewise, this hyena man comes at night into the girl’s bedroom,” Mkandawire said,
‘The girl doesn’t even know who is the ‘hyena’ coming to have sex with her.’

Malawi, like most countries is Southern Africa is facing an AIDS crisis that has orphaned at least half a million children so far. During the initiation ceremonies, many girls have unprotected sex with a man to prepare them for womanhood.
Without undergoing this process, a girl was considered to be a child and was therefore illegible for marriages.
Harriet Chanza of the World Health Organization told The Atlantic that in many agrarian communities: ‘There’s nothing like adolescence. You are either a child or an adult.’ 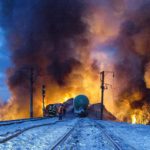 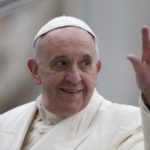