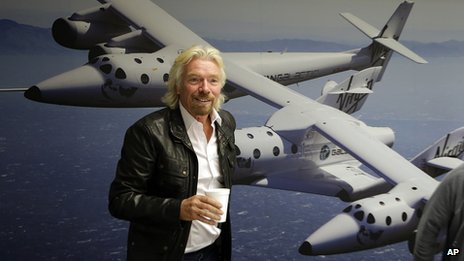 Richard Branson left school at 16, started a student magazine and worked his ass off. In 1970, his struggles paid off and he started Virgin Records and is also the founder of the Virgin Group. He later went on to establish Virgin Atlantic airline and in the 1990’s, he rolled out Virgin Mobile and Virgin Trains.

He is one of the most successful businessmen in the UK and an icon of entrepreneurship. His latest project is Virgin Galactic, which he hopes will one day become a space tourism company.

His Top Ten Tips for success when you continue:

Follow your dreams, get involved in life, in the things that interest you. If you are going to create a business, make sure it is your hobby, your passion or something that you really enjoy.

You will live a much better life that way. Don’t just set out to do something for the sake of making money.

I think lots of people have lots of great ideas, but very few people actually go out and try to put them into practice.

There are lots of people who think that somebody must have done that before, or you’ll never raise the money or you shouldn’t take a risk in life.

It’s the people who say I’m just going to do it, that end up having a chance of having a much more exciting and rewarding life.

2. Make a positive difference and do some good

The first thing to do if you want to become an entrepreneur is basically to have an idea that is going to make a positive difference to other people’s lives. A business is simply that.

If you’re running a business you are in a position where you can make a hell of a difference in this world.

3. Believe in your ideas and be the best

You definitely need to believe in your idea. There’s really no point in doing something in life unless people feel really good about it and proud about it. You’ve got to have passion for it and you’ve got to be able to inspire other people to have a passion for it too.

There was no point creating a new airline unless it was going to be palpably better than every other airline in the world, you’ve got to make sure that every aspect of what you do is better than the competition.

4. Have fun and look after your team

I 100% believe that it’s important to have fun and if you’re not having fun anymore, it might be time to move on. You should have fun from the top down and create the kind of environment that’s pleasant to work in.

Make sure that you’ve got the kinds of people running your companies who genuinely care about people, who look for the best in people and who praise and don’t criticise.

It’s extremely important not to give up. There have been situations in my adventures, like crossing the pacific in a balloon, where the odds were stacked very heavily against us surviving.

Being an entrepreneur is not that dissimilar to being an adventurer. You have plenty of situations where your back is right up against a wall and you’ve just got to work day and night to make sure you overcome the difficulties a particular company finds itself in. Brush yourself down the next day and move on into something else.

I think I’m reasonably good at dealing with failure and not letting it get me down for more than an hour or two as long as I put everything I can into avoiding it. 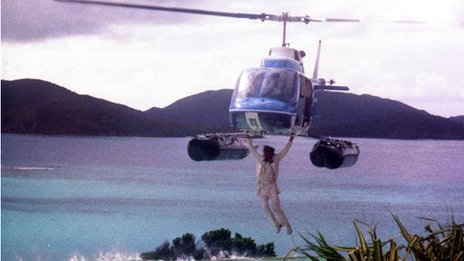 6. Make lots of lists and keep setting yourself new challenges

I make copious lists because I think it’s the little details that make for an exceptional company over an average company. Details are very important and I think it’s important to keep setting yourself new challenges and targets.

I do believe that the first of the year is a good time to write down your goals for the year. Unless you actually organise yourself and write down the kinds of things you want to achieve, there’s a danger that as time slips by, you don’t achieve a lot.

7. Spend time with your family and learn to delegate

One of the early things you have to do as an entrepreneur is learn the art of delegation. Find people who are better than you to run the companies on a day-to-day basis, freeing yourself up to think about the bigger picture and spend time with your family.

That’s very important, especially if you’ve got children, they are what’s going to be left when you’re gone.

I know I’m a good entrepreneur, but I’m not sure that I’d be a very good manager and there is a difference. My mind is always thinking ahead and wanting to create new things.

I just think once I’ve set something up, it’s better if someone else runs it. I can dive in and out and be a pain occasionally, but the day-to-day business is better for somebody else to do.

8. Try turning off the TV and get out there and do things

I think I am capable of switching off on Necker Island which is where we sort of pull up the drawbridge. But what I’m doing I see as so fascinating, so rewarding, so interesting that I don’t ever really want to switch off too much because I find myself in such a wonderful, challenging position that I don’t want to waste that position and there are just so many important challenges going on.

9. When people say bad things about you, just prove them wrong

There are people who hang onto the coat tails of successful people and try to sell a few books on the back of their name. It’s unpleasant but you know that if you sue them or kick up a fuss, all it will do is publicise the book. So I’ve had to learn the art of ignoring people like that.

I think the best thing to do is just to prove them wrong in every single way. This particular book, (Branson: Behind the Mask by Tom Bower), says that our spaceship programme is a white elephant, later this year we will prove them wrong.

10. Do what you love and have a sofa in the kitchen

You only live one life, so I would do the thing that you are going to enjoy. When life boils down, this might sound like a little much coming from me, I do have my own little island in the Caribbean, but when we are on that island, we tend to just live in the kitchen.

The truth is, so long as you’ve got a kitchen which has space for a sofa, and a bedroom, and a partner that you love, you don’t necessarily need the add-ons in life.

Written by Alison Feeney-Hart for BBC

PHOTO OF THE DAY: Checkout Eniola Badmus And Mr Ibu