Rapper Kanye West has been sentenced to two years probation after pleading no contest in his assault case.
Kim Kardashian‘s fiancé must also complete 24 anger management sessions and complete 250 hours of community service for assaulting a photographer in Los Angeles last July.
Kanye made a plea deal for the misdemeanor battery and will not be prosecuted. He maintains his innocence. The photographer involved in the incident, Daniel Ramos, alleges 36-year-old Kanye struck him and grabbed his camera in an unprovoked attack.
He alleges he still takes medication for injuries from the attack and plans to launch a civil case against the Yeezus singer.

Kanye was not at court for the hearing, during which his legal team were told he must pay for damage to the snapper’s camera and settle any medical bills incurred after Mr Ramos called an ambulance.
The artist is currently busy putting the final touches to his wedding plans after setting a date for his wedding with Kim.which will hold on 24th May – (Kim says the wedding would be “super, super small “As we go along, we’re realising we want it to be smaller and more intimate than people are imagining and thinking.”- lolzzz do you believer her?) 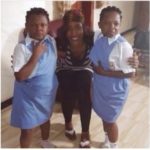