On Tuesday night, James Franco was probably Googling the answer to the question, “What is the age of consent in New York state?” Because he supposedly tried to get on a 17-year-old girl from Scotland after meeting her outside the stage door of his Broadway show “Of Mice and Men.” The girl named Lucy took an Instagram video (via ONTD) with James Franco and in it he tells her ass “you gotta tag me,” which she did. James DM’ed Lucy on Instagram and didn’t waste a damn second of his time trying to get into her chonies. Lucy is so young and so new, but she’s already a pro and screen capped their chat and threw it up imgur.
About half a second into their chat, James practically busts some “a/s/l” shit on her when he asks Lucy where she lives, if she has a boyfriend and if she’s 18. Lucy tells him she’s not 18 yet, but his sleazy ass probably found out that the age of consent in NY is 17, because he kept going after her.
After a little back and forth, Lucy makes James’ take a picture of himself holding a picture with her name on it. James tells her to text her when he wants to meet up and that’s that. After this mess went viral, 35-year-old James tweeted (and deleted) that he’s not a teen fucker and told parents to keep their teens away from him. And he also added a little age limit to his Instagram profile.
Find the entire conversation when you continue…… 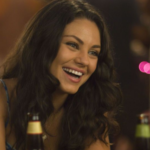 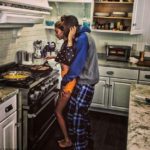