Nigerian army last night arrested a 10 year old girl wearing explosive devices. She was travelling with two other Boko Haram members at the time of arrest.

The Chairman, National Information Centre, Mr. Mike Omeri, who briefed the press in Abuja, said the teenager was among three suspected Boko Haram members that were arrrested last night.

He said the girl had a belt strapped with explosives at the time of her arrest.

“Security forces on Tuesday, July 29, at about 10pm along Zaria Road, Tudun Wada of Funtua Metropolis, arrested three suspects believed to be members of the Boko Haram sect.

“When they were directed to disembark for security check, 10-year-old Hadiza was discovered to have been strapped with an explosive belt. And immediately, Iliya and Zainab made attempt to escape with the car but were later blocked by other concerned Nigerians and subsequently arrested.

“The police successfully unstrapped the explosive.”

“It is on this note that we appeal to parents to cautiously observe and watch their children’s activities to prevent them from participating in unwholesome activities particularly acts of terrorism.

“It is clear that some parents are also into this that they are willing to take their children, as young as 10 years, into act of cowardice and self-destruct. However, we wish to express our appreciation at the level of the consciousness of Nigerians on security issues and their contributions to supporting security agencies.

“The government is closely liaising with domestic and international intelligence agencies within the newly established regional intelligence fusion unit to track and capture all terrorists and their sponsors in the country.” 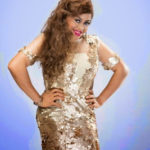 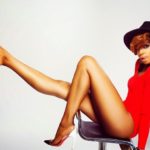