Menu
Let’s face it, no one wants to date a cheater. But oftentimes we don’t see the signs that our boyfriend or girlfriend is a shady little liar. Forget him answering his phone in the closet or her being less affectionate with you. Is your girlfriend blonde? Is your guy addicted to Twitter? What’s his name? Through journal studies and surveys of users on cheating websites, science seems to know exactly what makes someone more likely to be unfaithful.

But does someone’s height or name really make them any more (or less) likely to stray — or are these things strange coincidences? Well, only those who have dated these nine people may know the truth. Until you do the dating legwork, we’ll give you the facts and let you make an educated decision yourself.
Via YourTango.com
1. Tall Guys
We’re telling you this not just because short guys make us swoon. A study from extra-marital dating site IllicitEncounters.com told us that dudes over 5’10” are twice as likely to cheat on their partner. Knew they were up to no good up there.
2. Rock N’ Roll Fans
Another survey from IllicitEncounter.com found that 41 percent of cheaters prefer rock music to all other genres. Your best bet for a loyal partner? Rap lovers.
3. The French
What can you expect in a relationship with the best lovers in the world? Wine, cheese and an affair, says science. According to LELO, a luxury sex toy brand who surveyed the globe about bedroom habits, 75 percent of the French admit to cheating.
4. Blonde Women
Do blondes have more fun? If you consider cheating a grand ole time, then you betcha. A CheaterVille.com survey found that 42 percent of cheating women have blonde hair. Better girlfriend material, guys? Only 11 percent of women with black hair are cheaters.

5. Twitter Users
Shocker: social media can be harmful your romantic relationship! While this isn’t too surprising, research from the University of Missouri shows those who tweet cheat. The more often a person uses Twitter, the more often they have relationship conflicts, like affairs. #TimeToCloseTheLaptop.
6. Female Teachers
What professions are more likely to stray? According to an AshleyMadison.com survey of its users, the typical cheating wife is likely to be a teacher. Someone’s gotta teach these ladies a lesson — just don’t call tech support…
7. Guys Who Work In I.T.
Don’t be fooled by their soft hoodies, hipster glasses and patience when it comes to restoring your iPhone (you really should start backing up!) — these guys are sneaky, cheating hubbies, according to that same AshleyMadison survey.
8. Shopaholics
AshleyMadison also revealed that their typical, adulterous female user is a serious shopper. More than a third of the women surveyed said they spend more on their appearance since they started cheating. And, 27 percent have a secret credit card to fund their purchases. The preferred brand of the unfaithful? Banana Republic.
9. Guys Named Wayne
An easy giveaway he’s sleeping with someone else? His name. A study of 2,000 women found Wayne ranked as the least trustworthy name in love.
As for Lil Wayne, his real name is Dwayne, so we’re not sure where that stands on the adultery scale. Does the D negate anything? For now, try not to date Lil Wayne. We’ll update you when science gets back to us. 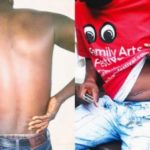 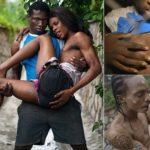