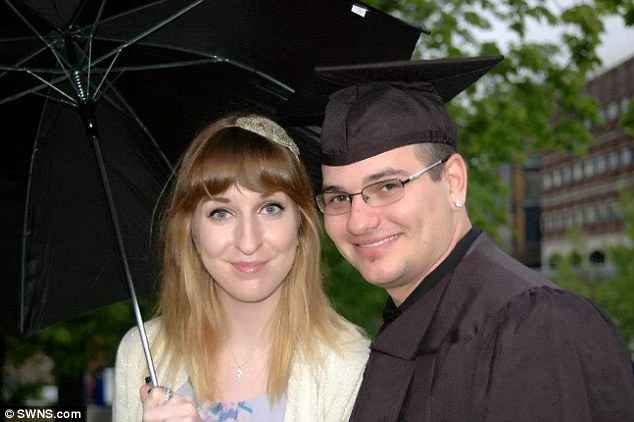 A man faked his own death by calling his bride to be and pretending to be his father and told her the bad news about his death. He did that so he could get out of his approaching wedding.
The Bride-to-be 23 year old Alex Lanchester, of Sutton Coldfield, West Midlands, received a phone call just months before her wedding only to be told that her boyfriend 23 year old Tucker Blandford, of Stamford, Connecticut, had died in a car accident.
She called his parents to offer her condolences, only to be told he was alive and well and that was when she learned he had faked his death to avoid the wedding. She said:

‘He has shattered my trust and I’m not sure I’ll ever be in a relationship again. All I ever did was love him. I’m so sick of being messed around and I’m glad to be rid of him.

‘Looking back, maybe I was naive. But I really loved him and never thought he would go to such extreme measures to dump me. I’ve cried until I felt numb but now I’m just really angry.

‘I’ll be spending our would-be wedding day making new memories without him. He’s a liar and a coward. He had put on a different voice on the phone and pretended to be his grieving father. What sort of sick person does that to his fiancé of two years? It’s sickening.’

Miss Lanchester first met Mr Blandford in August 2012 while studying abroad in the US.  She had taken a job at the campus cinema at the University of Connecticut in Storrs, where she bumped into set painter Mr Blandford on her first day of work. Alex said:

‘Tucker was such a gentleman and was always buying me dinner and beautiful vintage jewellery. I’d never been in love like that before. Every Sunday he would take me out for pancakes, it was so sweet.

‘And to celebrate the day we got together, on the 10th of each month we would go out for a posh dinner. The worst thing was the idea that one day I would have to leave him and go back to England. The thought of that was breaking my heart.’

After spending a year together Miss Lanchester began to plan for her return to Britain but her boyfriend proposed. They spoke daily and began making plans to spend their life together. She began to organise her dream wedding and set a date for the big day – August 15, 2014. She bought a handmade dress from eBay and picked out every detail for the occasion.
She even agreed to pay for flights for her boyfriend to fly to Britain to help with the wedding organisation and enjoy a holiday together. Alex said:

‘I went all out even though I had hardly any money. In the weeks running up to his visit I was mad with excitement.

‘A few days later when Tucker called me and said he’d booked the venue and we would be getting married on the campus where we met, I was ecstatic. I couldn’t think of a more romantic place to tie the knot.’

Alex rushed to get things sorted for the big day and spent £600 on photographers, invitations and bridesmaids’ dresses. But one week before her husband to be was due to land in Britain, she received a chilling phone call. She said:

‘I picked up my phone and there was a man saying he was Tucker’s dad. He told me Tucker had been deeply depressed and wanted to die, so had thrown himself in front of a car.

‘The man explained that they had been trying to send Tucker off to a psychiatric unit for help. But it was too late. I couldn’t breathe. It was absolutely devastating.’

Miss Lanchester rang back after she had calmed down a little only for her boyfriend’s mother to tell her he was fine and they had no idea what she was talking about. They told her their son had made them believe they had broken up when she left America.
Her boyfriend has admitted his deception, claiming he was ‘scared’. He told a reporter in a phone call:

‘I’m a terrible, awful person. I know I shouldn’t have told her I was dead, but I didn’t know what else to do.

‘Alex is an amazing girl but I got scared and wanted to get out of the relationship. It was moving extremely fast and with us being in different countries, it was really hard.

‘At the time I just felt like I couldn’t tell the truth and thought if I could just postpone everything it would be better.

Alex has moved on! 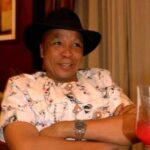