Menu
Most guys have a childish side to their personality and like to be the big kid sometimes, but some men take it to the extreme. At first, you might find his immaturity quite endearing, but that childishness can wear a bit thin after a while.

Don’t get caught out dating a guy who can’t seem to take life seriously at all and look for these signs that you are dating an immature man.

1. Immature man hates being depended on

One of the most obvious signs of an immature man is that he absolutely dislikes being depended on. When things go wrong, the immature man won’t be there helping you out. The men-boys of the world will do anything to avoid being the one that people depend on. He’d rather ignore problems and hope that they go away.

2. He can’t hold a serious conversation

Another sign that your man has yet to grow up is his inability to hold an intelligent and meaningful conversation. Communication will not be on his list of skills, he would rather make a joke of things and move on to a lighter topic quickly.

3. He’s never had a proper girlfriend before

Next one of obvious signs of an immature man is that he probably never stayed in a meaningful relationship before in his life. That doesn’t bode well for you, because this lad has a lot of learning to do and you are going to have to be the teacher. Starting a career in teaching is probably not exactly what you had in mind when you met him. So you might want to think twice about staying with this type of guy.

4. An immature man has no idea what he wants for the future

If your man is immature then it is quite likely that he doesn’t plan much beyond tomorrow, let alone for the next ten years.  Living day by sound like a great idea, but a mature man will, at least, have some idea of what kind of future he wants for himself.

5. You’re only his girlfriend when that fits on with his plans

If your man only goes out with you, when it suits him and is willing to cancel, at the drop of a hat, to go out with his buddies instead, then this is a definite sign that he needs to do some growing up. A real man will show some commitment and be willing to make you his priority.

6. An immature man can never make up his mind

Another one of clear signs of an immature man is that, alongside his lack of commitment will be a lack of ability to be decisive too. You’ll probably find that it’s you who are making all the decisions for him and making all the running in the relationship. Just like a kid, he will be perfectly happy for someone else to take all the tough decisions.

7. He probably can’t hold down a job either

An immature guy will probably find it hard to take a job seriously, and so he flits from one job to another, if he even has a job at all. He finds work dull and boring, and all that getting up early and being serous is too much of a drag for him to be putting up with.

8. Nothing is ever his fault

Next one of obvious signs of an immature man is that, just like a petulant child, he will never take the blame for anything, he will never accept responsibility for his actions and he will certainly never say that he is sorry. He will always have an excuse, or blame someone else, just like a naughty little boy would.

9. Immature man can be really spiteful

Another trait of an immature mind is the ability to be spiteful and cruel. He probably doesn’t really mean to be really hurtful, but he’s not mature enough to realise when he does. If a man really loves you, he wouldn’t want to hurt you; an immature man doesn’t take life seriously enough to even worry about things like that.

10: Share the article using the buttons below and stay tuned for more! 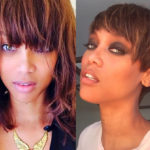 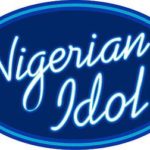