Menu
Ever since former President Goodluck Jonathan lost the presidential election on March 28, 2015 which some of us knew he would never win based on the facts that we all knew and the statistics available, a majority of the Igbo have been unhappy and angry. 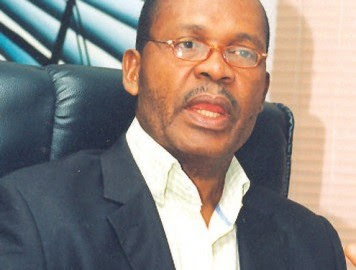 They have been cursing and abusing the President and the All Progressives Congress leaders wishing that President Buhari never existed and the APC never formed. Many of them have been so frustrated after the election that they are now looking for a way to get back to the APC-controlled Federal Government.

On Facebook, I have watched with keen interest what these guys dish out on a daily basis in the name of fighting for Biafra. They tell blatant lies, create havoc, make terrible noise, they abuse other Nigerians, and they preach unimaginable propaganda and hate that at once put Igboland in potential danger. I have been waiting for the South-East governors to speak up but they have maintained a deafening silence that suggests complicity.

I have also waited for our elders to caution this young man but nothing has happened. With the so-called Radio Biafra, Kanu has unleashed an unimaginable trailer-load of lies and potentially dangerous propaganda that have put the Igbo nation in danger. It is now 45 years after the Nigeria-Biafra Civil War and I think that Igbo must rise up to stop this man who apparently never saw the 1967-1970 Civil War and who may not know the implications of what he is doing. He has never consulted anybody to seek his opinion. He has been speaking to the gullible and not too educated people in Igboland, and very soon these uneducated people will take a dangerous decision that may decimate and destroy Igboland. Soon, our people will start complaining that they were not consulted. To be fore-warned is to be fore-armed.

Last week, I saw a photo of a group of people that gave the impression that they are getting a military training somewhere in Igboland. Later, I saw another photograph on Facebook with some youths bearing guns and Kanu standing with them. I may not know where these pictures came from and what they are planning to do but this is the time to speak out and I urge anybody who is anybody who understands where we are coming from to stand up now to be counted. Woe betides a nation whose leaders are children. If we elders do not talk about this evil, posterity will never forgive us. Let us speak out and if these children do not hear us, then it should be on record that we spoke. About a month ago, the barrage of lies and uncontrolled propaganda Radio Biafra dished out everyday drew the attention of the National Broadcasting Commission which asked Nigerians to stop listening to the pirate radio station.

Now, here are compelling reasons why the Igbo must remain in Nigeria in their own interest:

Nigeria has three major ethnic groups: Hausa/Fulani, Yoruba and Igbo. The Hausa/Fulani Empire has Hausa people stretching all through the Sahel to the Sudan. They are mostly Muslims and they have contact with the Arab world. The Yoruba nation has Togo, Benin Republic, Sierra Leone and even up to Brazil and Cuba to run to where their kinsmen are. The Igbo nation has no outlet anywhere in the world where the language is spoken. Therefore, they must see Nigeria as where they belong and work for its survival.

Nigeria provided a big space for the Igbo to spread their tentacles, explore, excel and blossom. The South-East is too small for this highly mobile and dynamic people to thrive.

The world pays attention to Nigeria today because of our size and population. If Nigeria splits into smaller countries, the world will pack their bag and baggage and leave. Population and size make a nation a destination.

Ndigbo control between 60 and 70 per cent of all the imports in Nigeria and other Nigerians, Yoruba, Hausa/Fulani, Ijaw, Efik, Birom, Tiv, Idoma etc provide a huge market for Igbo mobile and big-time traders.

Monumental inter-marriages between the Igbo and Yoruba and other ethnic groups have thrived for close to 70 years now that we cannot just dismiss all these with a wave of the hand.

Ndigbo own huge and massive investments in property in Lagos and Abuja, and other state capitals in Nigeria. Now, are you going to wish all this away?

Other Nigerian cities have provided safe havens for the Igbo as places to run to cool off whenever self-inflicted crises arise or other problems. When kidnapping became a way of life in the South-East, our people moved to other parts of Nigeria to settle. Now, where will the Igbo go when confronted with these problems in Biafra?

How can the Igbo thrive without their Lagos and Abuja or Port Harcourt? What happens to all their connections and relationships in these places?

We have been so intermarried, interwoven, intertwined, inter-related that the idea of separation may not be encouraged. I do not want to lose my friends from the other parts of Nigeria for anything.

I can go on but there is no need to continue to do so. We must be strong enough to stop this world’s old problems of looking down on people who are different from us. This is the problem of Nigeria. Nigeria’s diversity is a big plus for all of us to excel. United we stand, divided we fall. I confess that the Igbo have not played better politics in Nigeria since 1970 and that has been our bane. Anytime Nigeria wants to change a bad leadership in the country, the Igbo as a bloc will resist it. It happened in 1993 and we lost everything. In 2015, the Igbo were at it again but forces of history prevailed. The Igbo can do better than this.

Let us be fair to all concerned. If the truth must prevail and it must prevail, Nigeria has not been fair to Igbo since the end of the civil war. They tell us that there is no victor and no vanquished but in actions and deeds, the victors are still celebrating and enjoying the spoils of the war while the defeated are still languishing in abject neglect. For instance, of all the six zones in Nigeria, only the South-East zone has five states.

We have found solace in all these because we have found out that those who are still oppressing the Igbo in Nigeria are not better. We also take solace in the findings of the Fathers of the Second Vatican Council that all acts of indignity against human persons, against human society debase the perpetrators more than the victims. It is not that the offended cannot forgive but have the offenders repented? This injustice must stop now for the sake of unity of this country.

I wrote Igbos: 25 Years After Biafra in 1995 thinking that the book will prick the conscience of other Nigerians but they have not paid any attention. It has been business as usual. Now, President Buhari must address this injustice. Case rested! 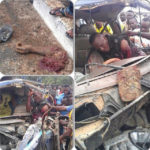