Menu
A childless 21-year-old woman identified as Ms Purity Kiritu, who faked a pregnancy with a balloon under her clothes by pretending to be in labour, was arrested on Wednesday night by police officers at Othaya District Hospital in Nairobi, Kenya 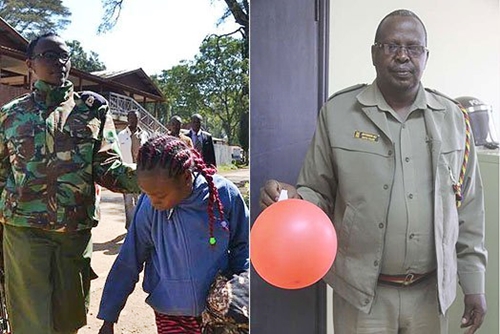 According to Nairobi News, the woman who lives in Dandora Estate with her husband, a boda boda rider, had travelled to Kiriaini in Murang’4 days ago and reportedly told her mother-in-law, Ms Josephine Wairimu that she was in labour and requested to be taken to hospital at about 7:30pm.

Nurses were said to have assessed and even admitted her in preparation for delivery, but a nurse, who was to take Ms Kiritu to the delivery room, noticed something unusual with the ‘pregnancy’ and on checking, she was shocked to find a red, inflated balloon.


Nyeri South Deputy OCPD, Jefferson Ali said that the hospital called the police who arrested the woman and took the balloon as an exhibit.

Speaking to a correspondent, an officer who sought anonymity, said the woman could have been plotting to steal a baby from the hospital or seeking a referral to Pumwani Hospital in Nairobi, adding that the incident was a common tactic used by people who steal babies.

Ms Kiritu was charged yesterday, but did not take a plea until she undergoes a mental exam. She was remanded in custody until September 2. 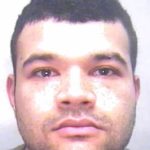 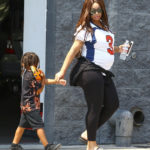