Menu
A kenyan woman was arrested from the hospital hours after she just delivered a baby.

Police arrested a 21-year-old woman at Nyeri Referral Hospital on Wednesday morning just hours after giving birth, forcing her to leave her newborn behind.

Monica Wamweru was cuffed and taken to Nyeri Central Police Station in Kenya after her employer accused her of stealing Sh90,000 from his M-Pesa shop where she worked as an attendant.

The first-time mother, however, claimed that she was innocent saying she developed labour pains before handing in the day’s collection, which according to her was only Sh59,000.

“I did not steal any money from the shop. I cleared as usual on Monday and I took the day’s collection to another office where I handed over the money to a colleague.

“I tried to explain this to the police officer and my boss but they would hear none of it. All the money was intact,” Wamweru narrated as she wept.

She further claimed to have been tortured at the station before her relatives arrived to demand her release. Meanwhile, her husband, Mr Joseph Irungu, is demanding a DNA test on the baby….


He claims the arrest might have been a ploy by the police to exchange their newborn with another.

“There is a lady who was picked and brought to the station for questioning but the complainant in this particular case never gave the officers the right facts. He just told the officer that there is a lady who has committed a crime on his property and she is now using the hospital as a hiding place,” Makau said. 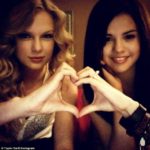