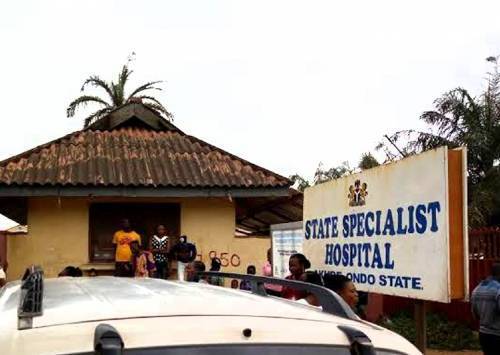 The Ondo State Police Command has started an investigation into the circumstance surrounding the missing of a dead baby in the morgue of the Ondo Specialist Hospital, Akure, the state capital.

According to Punch, a mother and her newborn baby died during labour at the police hospital and their corpse were subsequently taken the government-owned hospital on Wednesday.

However, the family of the deceased on getting to the hospital, on Saturday, to take the corpses for burial, met only the remains of the mother while corpse of the baby was missing. The source said,

“When the family of the deceased got to the hospital mortuary on Saturday to collect the remains of the dead, they only saw the body of the mother and the placenta but they could not find the baby. The mortuary attendants could not explain how it happened.’’

The source added that family members of the deceased almost caused confusion on the hospital premises following the incident. They later reported the matter at the police station.

The spokesperson for the police in the state, Mr Femi Joseph, confirmed the incident, saying the hospital officials would be invited for questioning.

He noted that nobody had yet been arrested over the incident as of the time of this report.

“We have not made any arrest for now but we have commenced investigation into the matter. We will invite the workers of the hospital, especially those working at the mortuary section,” Joseph stated.

“APC Is Nothing Without Me” – Okorocha Fires Back At VON DG, Okechukwu

“If Iran Wants To Fight With US, That Will Be The Official End Of Iran” – Trump Explodes