A video currently circulating on social media shows a ‘masquerade’ preaching the word of God to the general public in the South-Eastern part of Nigeria. 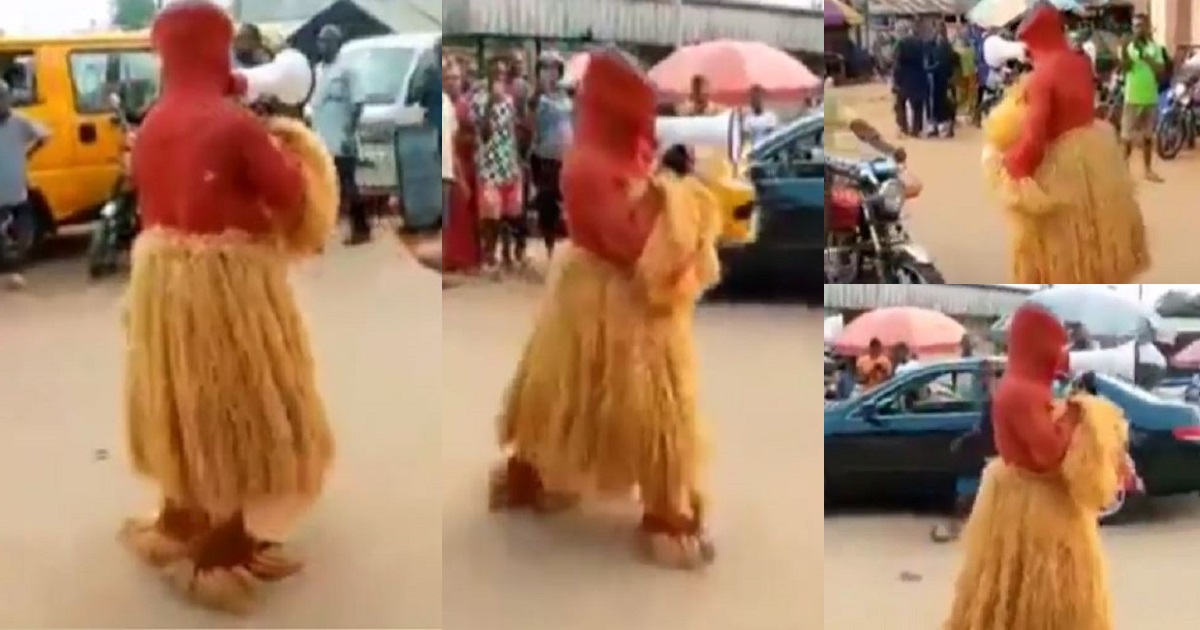 In the viral video, the masquerade who spoke in Igbo dialect could be seen parading the streets and preaching the gospel of Jesus Christ with a handheld megaphone.

The masquerade, who is apparently a Nigerian man, was heard urging the people to embrace peace and love and also to love and accept Jesus Christ as their personal Lord and savior.

He noted that if one claims to love God and still bears grudges and hatred against his neighbours, that wouldn’t be considered genuine love.

The man caught the attention of passersby who were intrigued by the sight and paused to listen to his message while others brought out their phones to record what some termed an ‘absurdity’ considering the attire he wore seemingly contradicts the message he was passing.

READ ALSO  Woman who was arrested for setting Lagos hotel on fire had wanted to kill her lover in the hotel.

KanyiDaily had earlier reported how some youths beat up a pastor for refusing to allow them to perform their tradition with masquerade inside a church in Kogi. 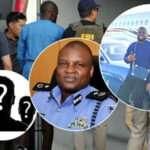