Menu
The Lagos State Police Command has arrested a landlord, Gbade Metibemu, for allegedly stabbing his tenant of four months, Bright Abraham, to death on Apollo Street in the Makoko area of Lagos. 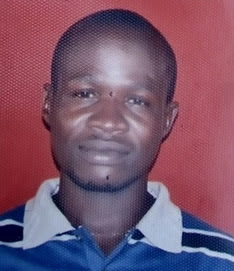 Metibemu attacked the 35-year-old Abia State indigene with a knife for refusing to vacate his plank apartment after a week-long disagreement.

The Landlord had warned the victim to stop soiling the slum with the faeces of his baby. When the warning did not yield any result, the suspect was reported to have threatened to kill Abraham.

Last Thursday, around 10pm, the father of four was preparing to sleep when an argument ensued between him and the landlord which degenerated into a fight. Metibemu was alleged to have got a knife with which he stabbed Abraham in the chest.

He allegedly rushed to the Adekunle Police Station to report that he had been injured by his tenant.
He was, however, detained when news filtered in that Abraham had died at the hospital where he was taken to for treatment.

A resident, who identified himself as Christian Nwankwo, said Metibemu always fought his tenants.
He said,

“Abraham packed into the house four months ago. He was well-behaved and good-mannered and those were attributes that endeared him to us. His room is beside the landlord’s.
“However, about a week ago, the landlord started complaining that he should stop spreading children clothes on the washing line. He also complained about the faeces of his baby, which he said was soiling the house.“He started threatening him to leave or he would kill him. We thought it was a joke.”

Another resident, Ndubuisi Nkegba, said the victim had excused himself from a chat to go to bed that Thursday when he was stabbed.

“Just about 10 minutes after he left us to go to bed, we heard a noise. We rushed there and saw that he had been stabbed in the chest three times by the landlord. He was in a pool of blood. We rushed him to the Federal Medical Centre, Yaba, where he was confirmed dead.”

The landlord was said to have gone to the Adekunle Police Station with a friend, identified as Femi, to report the incident.

It was learnt that the wife and children of the victim had been taken to their family house meanwhile angry mob demolished the suspect’s apartment and destroyed some of his property. 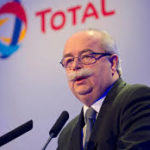 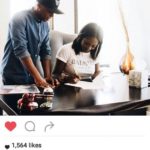