Menu
Speaking today at a breakfast event attended by some presidents and heads of delegations to the African Union (AU) meeting in Kigali, capital of Rwanda, Vice President, Yemi Osinbajo says the N500 billion social investment scheme of the President Muhammadu Buhari-led government is the largest social protection programme in the history of Nigeria.
Senior special assistant to the vice-president on media and publicity, Laolu Akande, disclosed  that the vice-president said the welfare of the citizens is the priority of Buhari’s government, adding that the current administration is making efforts to lift many people out of poverty.

“In Nigeria, in the current budget cycle we have the largest social protection programme in the history of the country.  It’s a N500B programme-(worth over $2.5B as at the time budget was signed).

“Basically we are looking at lifting many out of poverty, of course many are farmiliar with the size of the Nigerian state and we have close to hundred and ten million people who are poor and about two-tenth are in extreme poverty.

“So, it is a very huge problem and part of what we are trying to do is to look at how not just to empower people but also to ensure that what they are given is sustainable.

“For the women, we are doing a programme, micro-credit programme for a million market women and artisans. All would be given facilities, training facilities as well to enable them to be able to do some work for themselves and to continue to be able to live.

“And we think that giving this micro-credit loan to women is to make sure that they handle money better and do a much better work on the whole.

“So, l think that with what we ve’ done already, we have seen that they are certainly going to work,” Akande quoted Osinbajo as saying.

According to TheCable News, the vice president also explained some other parts of the programme, recalling the role the Bill & Melinda Gate Foundation played in assisting the government identify its target.

“In the case of conditional cash transfer, again we are handing these to women. We are giving (this to) another million, to the poorest of the poor.

“In determining who the poorest is, we had problems on that, but we have very good assistance from the World Bank and the Bill Gates Foundation. They helped in trying to map the really poor.

“We had to get inside the communities looking for the poorest of the poor with the small sum of money which is about N5000, which is a sum of money that would be given to the poorest every month, which may enable them feed themselves and find something that they may do and on the condition that they send their children to school and participate in immunisation.

“So, we are really excited about some of the works we are trying to do around the SDGs and we are hopeful that we’ll be able to get the social protection programme working,” he said. 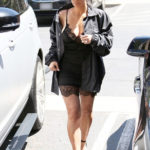 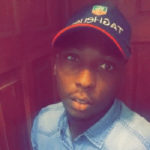