Connect with us
Two children and a man have died in the Indian capital after their throats were slit by glass-covered strings used for flying kites during Independence Day celebrations, police said Wednesday. 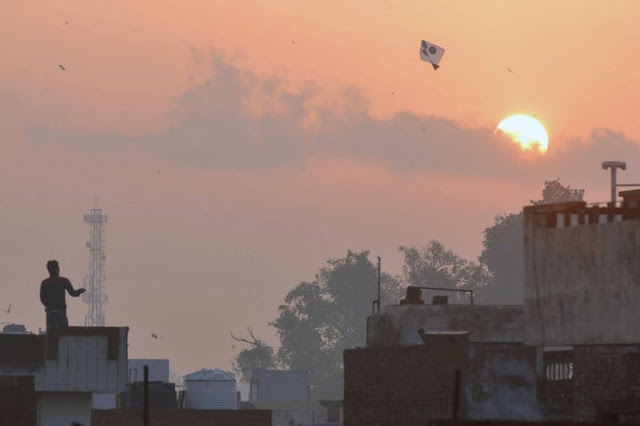 The tragedies prompted the Delhi government to this week issue an immediate ban on the production, sale and storage of the razor sharp strings which are used to try to cut down competitors’ kites.

The government said anyone caught with the strings, known locally as manjha, faced a five-year jail term and a 100,000-rupee ($1,500) fine.

The children, aged four and six, died in separate incidents in New Delhi on Monday after they looked out of the sunroof of their cars.

“The children were looking out of the sunroofs when they entangled in the deadly threads,” Pushpender Kumar, west Delhi’s deputy police commissioner, told AFP.

A 22-year-old man also died in the same way while he was riding his motorbike on a flyover in the capital, another officer said.

No one has been arrested over the deaths.

Another five-year-old child and a policeman were badly injured in other incidents involving the strings, reports have said.

Kite flying is hugely popular on Independence Day, with the sky dotted with ones often painted in the colours of the Indian flag and attached to long strings.

The Delhi High Court last week directed the city government to raise awareness of the dangers of the strings, saying there had been a raft of deaths in recent years in Delhi and two neighbouring states.

Some states have already banned such strings following accidents.

US apologises for US swimmers’ ‘unacceptable behaviour’ in Brazil