Menu
James Turner, the 67-year-old Irish national based in Nigeria who was accused by his 31-year-old Nigerian girlfriend of deliberately infecting her with HIV has said he slept with no fewer than six other ladies. 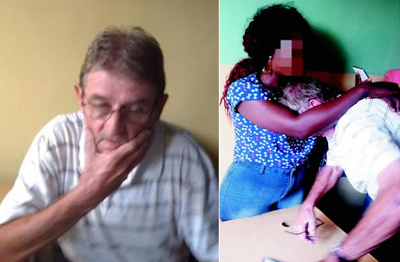 Turner also confessed to have sent his wife back to the Republic of Ireland, when his status was confirmed, in order not to infect her with the virus.

Vanguard gathered during his interrogation that among the girls the suspect had slept with was his girlfriend’s friend. However, unconfirmed reports said he had slept with more than six ladies.

His girlfriend, identified simply as Helen, reported Turner to the police last Friday, after the he reneged on his promise to settle her with N2.5 million.

Helen said that she stumbled on the anti-retroviral drugs her lover of eight years had been secretly taking, four months after his status was confirmed.

The Benue State-born lady disclosed that Turner’s status was revealed three years ago, when she went with him to the hospital for the treatment of an unknown ailment.

“When we got to Liester Hospital, Ikeja, they ran some tests on him because he was sweating and also running temperature. The doctor gave him drugs for malaria.

“At that hospital, if one is sick and has such high temperature, they will run a HIV test on the person without his knowledge. After running the test on him, the doctor invited us to his office and asked if he could talk to him in my presence, he said no, that I should wait outside. The doctor thereafter, broke the news to him.

“When we got home, he was quiet. He did not tell me anything. I realised that he was taking a particular medication, which he hid from me.

“There was a time I even drove to the hospital to pick a brown envelop, which was sealed, for him. It was his medication, but I did not open it.

“When I discovered that he kept hiding his medication from me, I asked him what kind of medicine he was taking and he told me that it was for malaria and typhoid. I did not say anything because I thought that the prescription was for a long period of time.

“He continued taking it for about three to four months. So, one day I opened the medication and wrote out the name of the drug. Thereafter, I googled the name on my phone to know what type of medication it was. To my shock I discovered it was an anti-retroviral for HIV.

“I went to meet Jim in the living room and asked why he was taking medication meant for people living with HIV and also asked if he was HIV positive, but he said no.

“He told me that the doctor gave him the medication for his legs, which has caused him sleepless nights.”

Helen’s worst fear was confirmed during a visit to the doctor, who disclosed that her lover was HIV positive. To ascertain her status, the doctor also ran a test on her, where she was discovered to have been infected with HIV.

According to her, “since the visit to the doctor with Jim (her pet name for Turner) his love-making with me increased as if he was madly in love with me.”

Decision To Send Wife Back

Turner, who refused to speak with journalists, however, insisted that Helen infected him with the virus. But during interrogation by policemen at the Ikeja Division, he stated that he had to send his wife back to Ireland on discovering that he was HIV positive, in order not to infect her with the virus.

He also said that he slept with other ladies after his status was confirmed, right in his apartment.

He also insisted that Helen infected him with the virus, pointing out that she might have contacted the virus from Kaduna State, where she spent some months to sell a property in 2013, same year he was confirmed to be HIV positive.

But asked why he hid the anti-retroviral drugs from Helen, he kept mum. He was released on bail, weekend, to treat himself of an injury he sustained on one of his elbows, from which he was bleeding.

Police, however, assured that measures had been put in place to prevent further infection of other ladies by the suspect.

Lagos State Police Public Relations Officer, Dolapo Badmus, who confirmed the arrest, said: “We are waiting for expert’s opinion to conclude the charge against the suspect.” 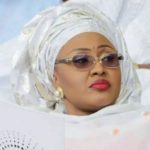 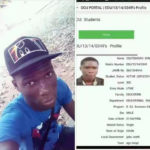