Connect with us
Nigerian journalist Jaafar Jaafar has written an article on Aisha Buhari’s controversial interview with BBC Hausa Service. 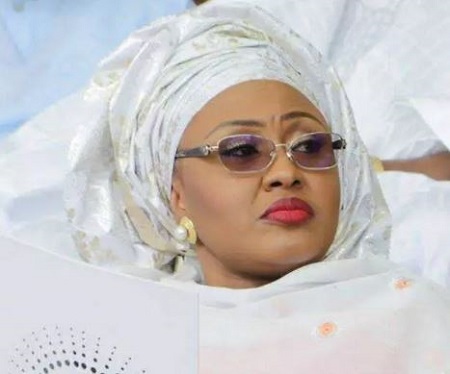 In the heat of the intense pressure mounted on the BBC to stop airing the remaining part of the controversial Aisha Buhari interview a few days ago, I had the privilege of listening to the interview before it was fully aired.

My good friend, the head of the Abuja bureau of the BBC, Naziru Mika’il Abubakar, invited me to his office for comment on the interview, and directed that it be played to me before recording my comment.

Listening to the president’s wife passionately expressing herself on how her husband runs Nigeria left me cringing. Reading between the lines, I realized Mrs. Buhari was sending an SOS to Nigerians to save her bewitched, servile husband from the clutches of the Aso Rock witches, popularly known as the “Aso cabal.”

The Buhari I knew before the election was not the obtuse person we have today as president. The Buhari I promoted during his campaign had no nepotistic, despotic or robotic tendencies. The Buhari I voted for was not this pliable. Forgive me if my knowledge of him was superficial.

Aisha Buhari might have pitched the nation a curveball, but her interview is actually a deafening echo of what we have been saying for ages about her husband. When I first raised alarm on the dangers of the influence of the numero uno of the cabal, Mamman Daura, on the Buhari administration barely three weeks after Buhari took his oath of office, I received all manners of insults and invectives. Today a lot of my predictions have come to reality.


READ: She belongs to my kitchen, my living room & the other room” – President Buhari responds to Aisha’s Allegations

But if the Mamman Daura cabal is in fact the one running this country, then it appears to be a very unintelligent lot whose mastery does not go beyond the art of nepotism and crafts of plagiarism.

This cabal has kept both the nation and the president under a spell, leaving the economy to slide into recession, our currency to crash beyond salvation and impunity to reign supreme. This cabal suffocated a mega political party Nigerians from all regions labored and united to build.

It saddens me to realize that our president has been turned into a puppet, managed by some half-witted puppeteers, who are majorly dextrose at swinging his legs to Europe, America and Asia, stretching his hand to perpetuate nepotism or opening his mouth to goof.

From ministers to heads of agencies, there has been either portfolio misplacement or elevation of incompetence by this cabal right from the outset of the present administration. This very same cabal gave plum appointments to the progeny of the famous Kaduna mafia, some of whom even served the immediate-past administration or openly campaigned for the PDP.

A leading member of the cabal, who is the present Chief of Staff to the president, Abba Kyari, was appointed by former President Goodluck Jonathan as a member of the Ribadu-led Petroleum Revenue Task Force in 2012. A year earlier, Kyari had turned down Buhari’s offer to serve as the secretary of one of the CPC presidential campaign committees — perhaps because Buhari had little chance of winning.

Take the case of the Sokoto ministerial nominee for instance. Any loyal party man will not be happy to see the daughter of Kaduna mafia member Alhaji Abubakar Alhaji, Aisha Abubakar, appointed minister from Sokoto State. Aisha openly campaigned for the PDP governorship candidate in Sokoto State and her brother, Aminu Abubakar Alhaji, who unsuccessfully vied for the Tambuwal/Kebbe Federal Constituency ticket on the platform of PDP. 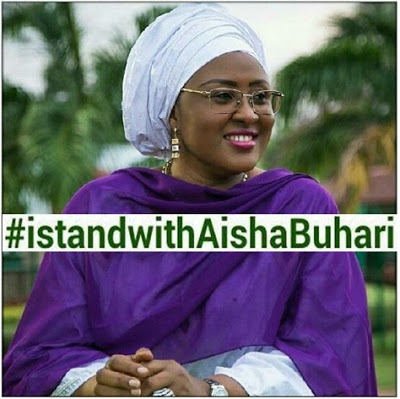 Again, no one who wishes the APC well will be happy to see Zainab Shamsuna Ahmed, the daughter of another Kaduna mafia member, Yahaya Hamza, appointed minister from Kaduna State. Zainab headed NEITI under Jonathan and contributed to the PDP during election.

Any card-carrying member of the APC will be saddened to see Mohammed Bello, the son of Mamman Daura’s friend, Musa Bello, appointed minister from Adamawa State. Mohammed Bello headed the National Hajj Commission of Nigeria under Jonathan but was given the plum FCT ministry by the Aso cabal. I believe if he had gone against the PDP, he would have been removed immediately after Jonathan lost the election.

But look at how the cabal dumped loyal party members in Enugu like Osita Okechukwu to appoint Geoffrey Onyeama, who had hitherto never met Buhari nor worked for the APC, as minister of Foreign Affairs.

Will any APC politician be happy with Senator Ita Enang, a top Jonathan campaigner, as Senior Special Assistant to the president on National Assembly (Senate) or Senator Victor Ndoma-Egba, also a top Jonathan campaigner, as chairman of the almighty Niger Delta Development Commission (NDDC), while loyal party men like Senator Magnus Abe were kicked to the backstage? Senator Abe was even shot by the police during election in Rivers.

The president’s wife and party supporters will also be incensed to see appointees of the past government still heading a number of agencies and departments. The cabal should know that party men are piqued that the 12 agencies of the Federal Ministry of Water Resources are still headed by the appointees of the past government as well as a minister, Sulaiman Adamu, appointed not for his political contributions to the success of Buhari but close family ties.

Now take a cursory look at the reappointment of Umaru Ibrahim as managing director of NDIC. Ibrahim was appointed in December 2010 by Jonathan but was reappointed by Buhari to serve another five years as if there were no competent persons within the party fold. One still wonders why the Director-General of PenCom, Mrs. Chinelo Anohu-Amazu, is retained despite the fact that her appointment was initially done in violation of law. Does Buhari think his party is happy that Malam Sani Sidi, a protégé of former Vice President Namadi Sambo, is still the head of National Emergency Management Agency (NEMA)?

Whoever wishes the president and the APC well must feel strongly about this. As someone who stood by her husband during election, Aisha Buhari has rights to complain when some forces took over her husband or when things go wrong in the party. I still believe she loves her husband more than those that are insulting or mocking her. She is still the highest authority on the president’s mental and socio-physical state. 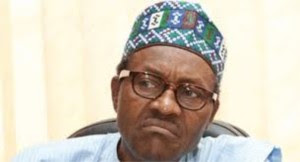 One basic fact a lot of fanatical supporters of Buhari forget is that he rode on the saddle of a political party to power. The fortunes of the party are diminishing and those who labored to build the party and ensured the emergence of Buhari as a candidate are relegated, while political ambulance chasers take the center stage. APC’s growth is inorganic, and it needs some therapies to strengthen its fragility.

There is concern about the political future of Buhari and the APC. As it stands today, barring any miracle, Buhari could either be the first incumbent Nigerian president to lose a party ticket at the primaries or the second president to lose re-election in Nigeria’s political history.

Irish Man Accused Of Infecting Nigerian Girlfriend With HIV, Says He Slept With Six Other Women In Lagos