Menu
A 20-year-old man identified as Kumi Mallam Jayi, is now awaiting arraignment in court for the alleged gruesome murder of his 27-year-old friend, Hassan Adamu, after he allegedly hacked Adamu to death on September 10, 2016 by beheading him with his cutlass. 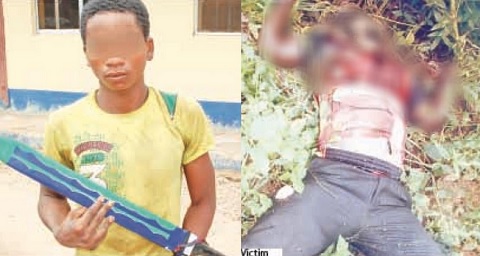 According to a shocking report by Daily Sun, Jayi also cut off one of Adamu’s legs in an apparent attempt to dismember him and make his body untraceable. The incident happened at Jato Mariga under Azara Development Area, Nasarawa State.

While revealing the gory details of the alleged murder, the Commissioner of Police, Abubakar Sadiq Bello, said the path that led up to the horrendous incident began when Jayi sought the advice of Adamu over his inability to have intercourse with his wife.


He was deeply disturbed that three years after marrying, he had no child to show for it, due largely to his inability to sustain an erection. Adamu after considering Jayi’s request was said to have offered to help him to overcome the predicament.

At the headquarters of the police command, where he spoke with Sunday Sun reporter, Jayi recounted the background to the horrific incident.

“I got married to my wife Halima three years ago. We do not have any child. I have tried in many places to get a solution to the problem without success. Then I told my friend, Hassan Adamu my predicament and he promised to assist me. He brought a native concoction, which he said I should always rub on my manhood before having intercourse with my wife.”

Believing that he had finally gotten a solution to the problem that had caused him untold psychological pain, Jayi faithfully applied the ‘drug’ as prescribed by his friend. But then the unintended happened.

Prior to using the local concoction, he could at least have a short-lived erection. But after taking the concoction, even the little erection he could muster disappeared completely, leaving him impotent.

“I met Adamu and begged him to return my manhood because I had become impotent. I could not make love with my wife again. Adamu told me that there was nothing he could do again to help me. Do you know that my wife had divorced me three times in the past?”

With the prospect of losing his wife of three years staring him in the face, red-hot fury got hold of Jayi, and he confronted Adamu, whom he blamed for the fate that had befallen him.

Bello further disclosed that an altercation ensued between the two friends. Jayi drew his sharp cutlass and dealt a deadly cut on Adamu that severed his head. He fell down and died instantly. Jayi took to his heels.

Meanwhile, the father of the deceased, Alhaji Manu Adamu, had become worried about the sudden disappearance of his son who did not come home since three days. It was on the third day that the family learnt about what happened at Azara Council Development Area.

“When we got there, I saw my son’s head and left leg cut off. I couldn’t believe it. I ran to Azara Police Division and reported the incident. Detectives from homicide section of the State Criminal Investigation and Intelligence Department (CIID) launched a manhunt for Jayi and arrested him on September 15, 2016, five days after the incident.”

As Sunday Sun gathered from the Deputy Commissioner of Police in charge of Criminal Investigation and Intelligence Department (CIID), DCP Hamza Ameyi, Jayi in the course of interrogation at police headquarters confessed to the crime and took detectives to Jato Mariga Azara Development Area where the corpse of the deceased Adamu Hassan was retrieved.

“We were able to recover the cutlass he used to commit the murder,” Ameyi said 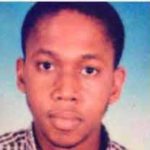 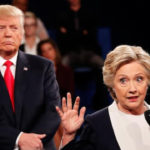