Menu
The Economic and Financial Crimes Commission re-arrested former minister of aviation, Femi Fani-kayode after he stepped out of a court room at Federal High Court Lagos yesterday. 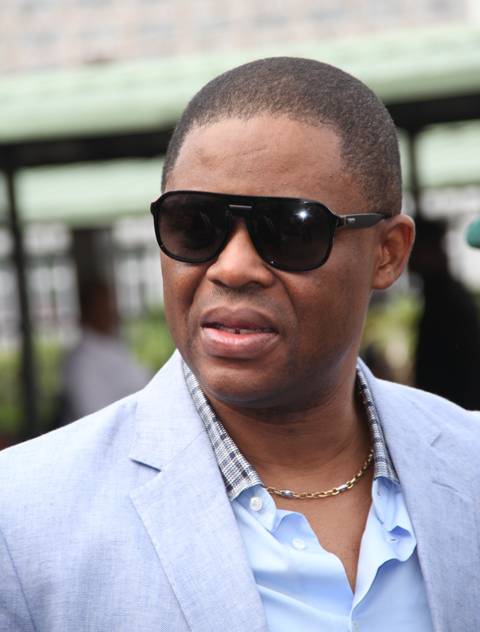 According to the EFCC, he would face fresh charges over new evidence that he collected huge cash directly from the embattled former National Security Adviser, Col. Sambo Dasuki, in the build-up to the 2015 presidential election and would be flown to Abuja for fresh interrogation

“we are going to move him to Abuja to answer fresh questions arising from the new evidence that he personally collected various sums of money from the ONSA”.

The amount allegedly collected by Fani-Kayode, according to the source is different from the N4.9 billion, which he and the former Finance Minister, Esther Nenadi Usman, Danjuma Yusuf and a company, Joint Trust Dimension Nig. Ltd., reportedly collected from the ONSA ahead of the presidential election.

The EFCC has already slammed a 17-count charge against them for taking the money from the public treasury and retaining same without rendering any verifiable service to the nation.

“There is a fresh case of various sums of money traced to the suspect, which has nothing whatsoever to do with the N4.9 billion case we instituted against him and others in Lagos.

“We arrested Fani-Kayode because we need him to explain to our operatives why he took the money and what he used it for. It is clear from the records before us that he received the money directly from the NSA.

“From the record before us, the suspect signed and collected the sum of N26 million for undisclosed purpose and we want him to explain to us why he took the cash in the first place,” the source said


At the resumed hearing of the charge against him in Lagos yesterday, the prosecutor, Mr Rotimi Oyedepo, opened his case and concluded the witness’ evidence for the day, while the court adjourned the case to November 14 and 15, 2016, for continuation of trial and rose.

Shortly after Fani-Kayode had walked out of court, two officers of the EFCC dressed in white kaftan, requested that he followed them to the commission’s office.

Immediately, the court’s gate was barricaded by a Toyota Hiace bus and Fani-Kayode was taken to the EFCC.

Led him in evidence, the witness, who is media consultant with Paste Posters Company Ltd, told the court that N30 million was paid in cash to him, by the office of the Director of media and publicity, PDP campaign Organisation.

The witness told the court that after the printing job for the posters and flyers was done, he was invited to the office of the organisation and given N30 million in cash.

He further told the court that he had demanded to know why payment was made in cash and was informed by one Mr Oke, that cash was the approved means of payment.

He said that Mr Oke had been the person communicating with him throughout the pendency of his engagement to do the media jobs.

The witness added that apart from the N30 million paid to him, there was also an outstanding payment of N24m which was not paid to his company.

After his testimony and based on agreements of counsel, the court fixed November 14 and 15 for continuation of trial.

Meanwhile, a mild drama played out in court during his trial yesterday when the trial judge, Justice Sule Hassan, ordered the seizure of the mobile phone of Fani-kayode.

According to Premium Times, the accused had held his phones and suddenly, the phone rang out loud and the judge asked: “Who is doing that?” He ordered the court’s registrar to seize the phones.

​
Similarly, the trial judge also issued a warning to counsel representing the accused, when he sighted him sipping from a bottled water during proceedings.

The judge had warned counsel to seek the permission of the court, whenever, his client was pressed for water.

According to Hassan “The court is not a market place, there must be order and sanity.” 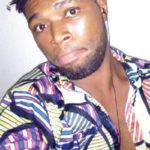 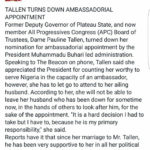