Peoples Democratic Party (PDP) has submitted the name of the Senate President, Senator Bukola Saraki, to the Independent National Electoral Commission (INEC) as a senatorial candidate.

Saraki, who represents Kwara Central District in the Senate, was among the 13 presidential aspirants of the party in the list of candidates submitted to the commission in Abuja on Thursday night.

He came third at the party’s national convention which was held in Port Harcourt, Rivers State.
The PDP had held the senatorial primaries before that of the presidential primary.

Investigations by one of our correspondents in Abuja showed that Saraki’s name was used to replace the name of one Ope, whose name was initially filed as the PDP candidate for the senatorial district. The source said,

“Bukola Saraki’s name is there in the list. He’s returning to the Senate on the platform of the PDP. ”

It was learnt that Saraki is being positioned to return as the President of the Senate in 2019 by the PDP, if former Vice President Atiku Abubakar wins the presidential election.

It had initially been speculated that the former governor of Kwara State was among the suspected presidential aspirants in the party who had another plan since they knew they could lose the PDP presidential nomination.

Well, Saraki paid for the PDP nomination and expression of interest forms, it was however not clear if he paid for that of the Senate as well. 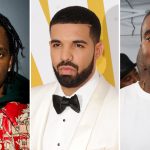 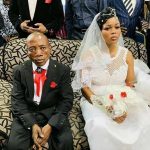