A gunman opened fire on worshippers at a jewish synagogue in the US city of Pittsburgh on Saturday, killing 11 people in what has been described as one of the worst anti-Semitic attacks in the history of American.

The 46-year-old shooter reportedly stormed a baby naming ceremony at Tree of Life Synagogue  and yelled anti-Jewish slurs as he shot at them.

The suspect who is a white man was taken into police custody and later  transferred to hospital.

Dozens of people were gathered during Sabbath services at the time of the attack, which federal investigators were treating as a hate crime.

US President Donald Trump at a campaign event for next month mid term elections said:

“There must be no tolerance for anti-Semitism,”

“This wicked act of mass murder is pure evil, hard to believe, and, frankly, something that is unimaginable.”

“Our nation and the world are shocked and stunned by the grief.” 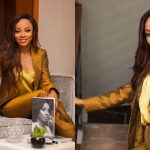 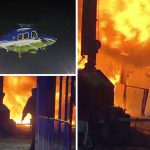