The experiences of two Kenyan women highlights the cultural pressure mounted on mothers nursing children with disabilities, it caused them many sleepless nights. On the occasions when they slept, it happened after a flood of tears.

56-year-old Lydia Njoki who lives in the Narok County of Kenya told the BBC that she was considered cursed by her community members for bearing a child with disability.  Samwell, who is Njoki’s youngest child and he has epilepsy. Due to this condition and other physical disabilities, she received calls from family members including her grandmother who advised her on a way to kill the child.

“People said I was cursed, that’s why I got a child with a disability. “I hated myself and asked God, why me?”

It was equally a tough situation for Florence Kipchumba whose family sent her packing because of her child’s unrelenting tears.

A friend was willing to take her in, but a month after moving to her place, the so-called friend advised her to get rid of her son Meshack. She refused and left the friend’s house. Here is what she told BBC:

“She asked me to put acid in his food so that he could die, but I refused to do so and left her house,”

The mums are reportedly living alone in a hut and doing odd jobs to survive. Meshack is now 8 years old. His past disabilities are not too much of a worry. Though with some difficulties, but he can still manage to sit and take short walks.

In a new study in Kenya, 45% of mothers interviewed by a leading charity faced pressure to kill their babies born with disabilities. The BBC confirms this in a report. 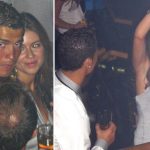 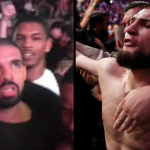