Toheeb’s real name is Ayanime, from Ikot Ikpene in Akwa Ibom State changed his name to get a sense of belonging in Lagos State.

He came to Lagos in the year 2008 and found work at the Atan Cemetery. He’s part of the team responsible for grooming and maintaining the War Memorial garden, where the memories of soldiers who died in the World Wars are sacredly guarded.

During an Interview with Pulse, Toheeb revealed why he choose the menial job that involves gardening at a burial ground in Lagos.

He is able to offer services that include digging graves. Sometimes he goes through the whole process of digging and burying the deceased for N500.

Often times, he goes home with N4000 from his private burial services. He confirms this as his highest earnings — but one that costs him a lot of energy. Like when he dug a grave for almost two hours.

This compliments his unsteady source of income lending gardening help at the War Memorial. When the man he works with is able to get some jobs, he gives him some cash as his reward. Like his boss, he was not directly employed to work at the United Nations-managed facility.

Simply, they both work for the boss’s father who gives them instructions on what to do.

There appears to be no better option for Toheeb who is able to function as a mechanic and can also lay bricks.

“So that is why I am doing so many odd jobs to get money.”

Toheeb was about to complete his apprenticeship at a mechanic workshop but his boss sent him away until he is able to complete payment for his training.

Still looking to pay for his training, he settles for stipends at the War Memorial.

“The type of help I need is for me to finish my work. Or if I can see a place to learn a new skill and be mentored.

“If I can also be linked with a company that can give me regular jobs relating to my skills, that will be better.”

Until help comes calling, this appears the only opening to assist him in dealing with the challenge of fending for himself.

He wishes himself a character in a better living condition. 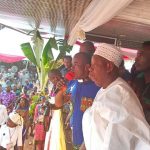 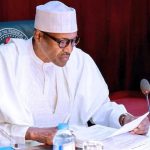