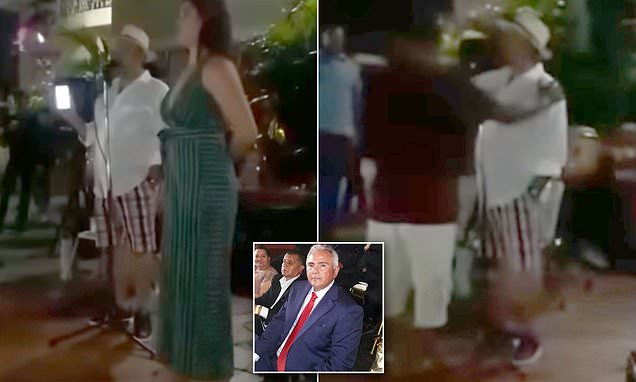 A jilted Venezuelan man whose fiancée cheated on him with his best friend of twenty years became so resentful that he decided to pay her back painfully.

According to Metro.co.uk, A man whose name was not disclosed organized a big party in Venezuela, South America to which he invited many of his friends and loved ones.

As the merrymaking was underway, he took hold of the microphone, and in the presence of the crowd, he announced how his fiancée, Daliana Meleán was cheating on him with his best friend of twenty years, Alberto Sobalvarro.

To the surprise of Daliana Meleán and Alberto Sobalvarro as well as the entire gathering, the resentful man said:

“Today I discovered something that I really suspected in my mind and in my heart.“Alberto [the man’s best friend], I have known you for more than 20 years. You are the father of my great brother and friend. But courting my wife is a coward move.”

Alberto, the man’s best friend who is reported to be an economist and congressman loyal to Venezuelan President Nicolás Maduro remained calm as his cover was being blown.

In order to prove his accusation, the angry man grabbed Daliana Meleán’s phone and read out text messages between her and Alberto to the hearing of other people present at the party.

In the viral video, the man said:

As Daliana attempted to retrieve her phone from her lover, he swiftly threw it into a nearby swimming pool. He then concluded by saying:

“I really thank you [Alberto] with all my heart for the sincere and profound friendship that you showed me in these 20 years, and Daliana too, of course these two years you have shared with me hypocritically. Alberto and Daliana have a relationship.” 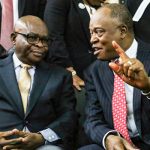 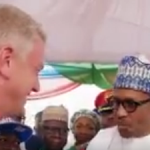