The People’s Democratic Party (PDP) accused President Muhammadu Buhari of losing over N11 trillion under his watch as the Minister of Petroleum Resources.

The party made this accusation through its spokesperson, Kola Ologbondiyan, who called on the president to respond to the alleged diversion of funds meant for purchase of weapons and welfare of Nigerian soldiers to finance his re-election campaign, adding that the president’s negligence has escalated killings in various parts of the country.

“President Buhari should, by now, be providing answers for the over N11trn stolen under his watch,  particularly in the petroleum sector where he sits as minister; the alleged diversion of funds meant for the purchase of weapons and welfare of our soldiers to finance his re-election campaign as well as the neglect and insensitivity that led to the escalation of killings and bloodletting in various parts of the country under his rule.

“Buhari should provide answers for his incompetence and harsh economic policies that plunged our economy into recession, leading to high cost of living, loss of over 30 million jobs, acute poverty, hunger, collapse of infrastructure in our country in the last three and a half years.”

Ologbondiyan stressed that the PDP will continue to focus on issue-based campaign and with practical answers to the challenges facing the nation.

He also criticized the president over the claims that the PDP’s presidential candidate, Atiku Abubakar, cannot travel to the United States of America.

“It is indeed despicable that Buhari will continue to endorse the spinning of lies by his handlers against another presidential candidate, including their false claims that Atiku cannot travel to the United States, which Nigerians have since found to be mere fabrications.

“Is it not ludicrous that the Buhari Presidency has abandoned its statutory duties and turned itself into a lying, “monitoring spirit” on Atiku and his movements, yet it has not been able to produce any documentary evidence to substantiate its claims?

“Buhari’s fixation on Atiku, to the extent of sponsoring fabrications in a section of the media, only goes to show that he is intimidated by our candidate’s resume, his overwhelming popularity and policy direction, which have since amplified his (President Buhari’s) incompetence and lack of direction, as a result of which he is being rejected by the majority of Nigerians.”

He stressed that the PDP will not allow President Buhari to distract them from repositioning and redirecting the nation. 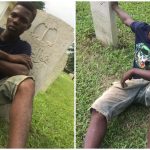 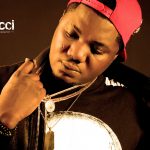