The National Chairman of the All Progressives Congress (APC), Adams Oshiomhole has fired back at the party’s legal adviser, Babatunde Ogala, by describing himself as the CEO of the ruling party.

Ogala accused Oshiomhole of sidelining the party’s legal department and refusing to consult him over issues his office should handle.

Oshiomhole responded by saying every member of the National Working Committee (NWC)  must take orders from him. He said:

“We have a constitution. It’s very clear that nobody is an island to himself or herself. Yes, we have 21 elected members of the NWC. We constitute an organ. It is not 21 NWCs, it’s one, and the duties and responsibilities of the chairman are well-stated. Among others, it provides that the chairman is the chief executive officer (CEO) of the party. He is also the chief accounting officer.

“The word CEO has the same meaning everywhere in the world. The fact that you are the head of a department or a division, or a unit, does not isolate you from taking a directive from the CEO. So, if there is anyone, including a legal adviser, who thinks that he is running a different system that is not accountable to the internal structures and power and control within the party, the challenge may be his.

“But again, those are all part of the distractions. What happens in government and some organisations is that if you don’t pay attention to some minute areas, they become the entry point for opponents to infiltrate and create maximum damage. What are the issues? The right to nominate who represents us, the right to be consulted.

“If I am taken to court as national chairman, and my name is mentioned, or they just write national chairman and write All Progressives Congress, common sense should ask, should I have the right to be informed and to approve who represents the party in a lawsuit? Why would anybody want to monopolise that? For me it’s straightforward. I have seen ridiculous situations in which people who took our party to court come to me to say, ‘Allow me to nominate the person who’ll represent the APC’ so that they are guaranteed of the outcome of the case.

“I cannot oblige such a request, and if insisting that the right thing is done leads to internal memos that some choose to publish, my eye is on the ball, to protect the corporate interest of the APC.” 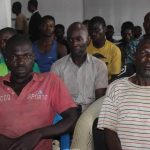 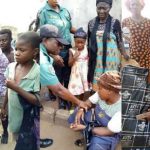