The former president, Olusegun Obasanjo, has warned Nigerian and African politicians against using other people’s children as political thugs while they shield their own children from danger.

While delivering a speech on “Demystifying Leadership Capacity Deficit of African Youths: Our Future is in their Hands,” at the Inauguration of King’s College London Global Leaders Engagement Series in London on Wednesday, November 14, 2018, the former president said politicians stop thinking that they know what is right for the youths without seeking their opinion. He said:

The former president called on the ruling political class to be more deliberate in passing on their knowledge to the younger generation and giving them opportunities to learn. He said:

“Succession planning is a culture that Africa needs to imbibe. It increases the number of people who are capable and available to assume leadership roles when the incumbent is no longer available to do so. This is a deliberate process.

“We cannot continue to assume that by mere observation from afar, young people understand why we do what we do. We must introduce them to our networks and partners; set them up to represent us in important meetings while we can still guide and nurture them. An organisation should not go kaput because one person is no longer available to lead.

“If constitutional changes are required, let us begin now. If policies and political party structures have to change, let us begin now. Of what use is a law that allows young people contest for a particular office only to be confronted with the hurdle of outrageously exorbitant cost of party nomination forms and campaign costs?”

Obasanjo also called on African youths to realize their place in the big picture and work hard to build an established legacy to give the continent a brighter future. He said:

“I see hope in that the future of Africa is in the hands of its youth. I see the hope of a continent where the creative energies, intellectual prowess, and ingenuity of our youth is capable to lead us to our promised land.

“I see hope in the courage of our youth to hold government accountable and their resistance to tyranny and despotism.” 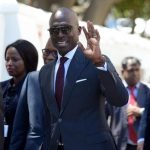 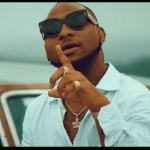