On Sunday morning October 28, 2018, Malusi Gigaba revealed that after the sex video which was meant for his wife got leaked, politicians have been using the leaked video to blackmail him since he was appointed finance minister in March 2017. Read the report HERE.

According to the BBC, Malusi Gigaba accused South Africa’s security services of hacking his phone and releasing the 13-second video.

BBC also reported that a statement from the presidency said Gigaba, a senior member of the governing African National Congress (ANC) – was “stepping aside for the sake of our country and the movement to which he belongs”.

Prior to the resignation, the embattled 47-year-old minister had been hit with other controversies following which many anticorruption activists and opposition parties called on Cyril Ramaphosa to sack him.

Earlier, reports say he was accused of using his roles in various ministerial portfolios to assist the controversial Gupta business family from India which was widely linked to several corruption scandals under ex-President Jacob Zuma’s administration. 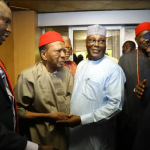 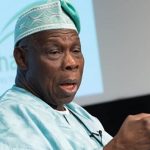