The Nigeria Police Force has arrested thirty-four Indigenous People of Biafra, IPOB members involved in Nnewi clash over the death of a Police Inspector, wounding a DPO and some Police personnel and setting ablaze of a Police patrol vehicle.

We reported earlier that a policeman and five other people died during this protest by IPOB agitators on Friday. Four out of the five persons who died are believed to be IPOB members, while the one, is another policeman who was involved in the clash, but he survived and he’s currently hospitalized. Read the report HERE.

Following the clash, Police Public Relations Officer of Anambra State Command, SP Haruna Mohammed, disclosed in a statement on Saturday, November 24, 2018, that the force has arrested thirty-four IPOB members involved in the clash.

Peace and normalcy have been restored to Nnewi Town and environs by the Police. 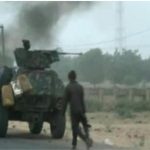 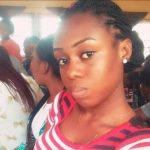