The Director of Communications of the Catholic Diocese of Enugu, Rev. Fr. Benjamin Achi has condemned the founder of Adoration Ministry in Enugu state, Rev. Fr. Ejike Mbaka, for making political statements from the pulpit in viral videos.

Earlier this week, a video surfaced online showing the moment Fr. Mbaka was making political statements and declarations from the pulpit after the PDP Vice-Presidential candidate, Peter Obi refused to publicly announce a donation to his church’s project.

Nigerians also criticized Fr. Mbaka for welcoming into his church, the Governor of Kano state, Abdullahi Ganduje, who was recently accused of receiving bribes from contractors in his state.

Speaking on the incident, the Director of Communications of the Catholic Diocese of Enugu said:

“The diocese is not in support of any priest making political statements.

“The church is supposed to be apolitical and the Bishops’ conference has said that repeatedly.

“We are not supposed to make any political statements from the pulpit within the context of Mass, that is, church service.

“So, it would be wrong to stand at the pulpit to make any political statements.

“There is a document issued by the Bishops’ conference to that effect.

“So, he just spoke on his own, not representing the diocese.

Peter Obi has however issued a statement calling on Nigerians not to condemn Mbaka, but to pray that God will lead him right. 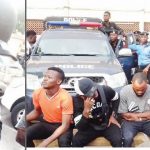 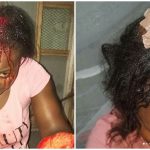