Earlier today reported that the Lagos police command has arrested a popular musician, Adekunle Temitope, a.k.a Small Doctor, and three others for alleged unlawful possession of fireman and threatening to shoot policemen controlling the traffic at the ever-busy Oshodi area of Lagos.

Small Doctor was not just arrested, he was embarrassed publicly in the process, you can read the full report and watch the video of the embarrassing moment of his arrest HERE.

Ever since the news and video went viral, Nigerian Twitter has gone wild, causing a mixed reaction, with some finding it hilarious and others shaming him.

Here are how some people have been reacting on Twitter to Small Doctor’s arrest.

This country is a shame pic.twitter.com/2krXM6GIIC

Small Doctor had only one job,just one job,

Distribute insecticide to fight mosquitoes and he went to carry Gun ?‍♂️

I hate too much drama ? pic.twitter.com/CDHv6HEQsY

Could it be that Small doctor uses guns to kill mosquitoes? pic.twitter.com/DU1AfeGzq8

I am sure those policemen who arrested Small Doctor did not know Small Doctor is an ambassador to the Nigeria Police pic.twitter.com/rWGcqbqIQR

But those police officers should have known better. Why arrest small doctor for illegal possession of firearms?
He has every right to carry those weapons because apart from saving us from Malaria, him dey use am kill Mosquito well well.

People are worried about Small Doctor getting arrested.
He’s just hanging out with friends, nothing serious. pic.twitter.com/nmOVARPPpZ

Police arrested their own ambassador, Small Doctor for unlawful possession of fire arms and threatening to shoot a police officer

Small Doctor was arrested by the police 6 days to his concert. What is this ? pic.twitter.com/4JmxRciXDL

Small doctor has finally played the penalty to throw in ? pic.twitter.com/oI17TAzWeW

Small Doctor, is a Nigerian Police Ambassador was caught by the Police for unlawful possession of firearms and threatening a police officer.

The State of Nigeria.

Small Doctor has been arrested and paraded for Unlawful Possession of Firearms charges and has been accused of threatening to shoot a Police officer. Small Doctor is a Nigerian Police Ambassador by the way. He done enter big trouble sha.

“Small Doctor: The Revenge of the Mosquitos”

What rubbish is this, Small Doctor arrested for unlawful possession of firearm?

Lies from the pit of Nigerian police force.
Wtf 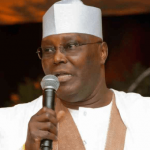 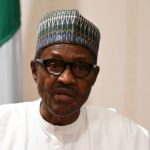