The presidency has claimed that the President Muhammadu Buhari-led administration has created at least 12 million new jobs since inauguration in 2015.

This claim was made by President Buhari’s Senior Special Assistant on Media and Publicity, Garba Shehu, while he was speaking during an interview on Channels Television’s Sunrise Daily on Monday, December 17, 2018.

When Shehu was questioned on the administration’s poor job creation numbers based on the data of the National Bureau of Statistics (NBS), Shehu said that the Director-General of the NBS, Dr. Yemi Kale, admitted to the federal government that the report only focused on white-collar jobs.

According to Shedu, a claim by the Rice Farmers Association of Nigeria (RIFAN) that 12 million jobs had been created in the agricultural sector has not been disputed by anyone. He said:

“The NBS chief addressed the federal cabinet and made the admission himself that they had concentrated analysis over time on white collar jobs and not take cognizance of job creation in areas of agriculture.

“Rice Farmers Association of Nigeria (RIFAN) made the open claim, and nobody has challenged them, that they had created 12 million new jobs.

“When he finished addressing the federal cabinet last week, the government asked the DG of the NBS, ‘Go out there and tell the Nigerian public. You’re just saying to us now that Jigawa, Kebbi and Ebonyi are reporting the lowest unemployment rates in the country on account of agriculture’.

“The point is that I think that it is the data collected on the basis of which some of the judgements that have been passed that are misleading and I think that there’s now a convergence.

“The data had been unfair to the administration, it had ignored job creation in the areas of agriculture and now that is being being integrated and Nigerians will be impressed.

“We’ve created at least 12 million new jobs in the area of agriculture.”

Although there’s no public record of RIFAN declaring that the present administration has created 12 million new jobs, its National Treasurer, Sadiq Daware, noted in August that Nigeria has over 12 million rice farmers.

The Minister of Agriculture and Rural Development, Audu Ogbeh, claimed in November that the government created 12 million jobs through massive rice production in the last two years. He said:

“As of July this year, the number of farmers has increased by 12 million.”

According to the association, it has over 12.2 million members who are involved in Rice farming, milling, storage and management, trading and marketing, export, research and training and allied businesses. 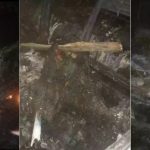 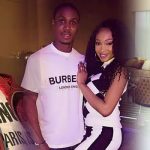