President Muhammadu Buhari and Governor Okezie Ikpeazu of Abia State sign the agreement of the establishment of Enyimba Economic City in the state.

During the signing of the agreement which was held at Council Chamber of the Presidential Villa, Abuja, President Buhari congratulated the people and government of Abia for the new Economic City, and expressed the hope that the Economic City would create over 620,000 jobs when completed, would create job opportunities for a cross section of Nigerians.

The president assured that his administration would continue to promote and implement policies aimed at transforming the nation’s economy, adding that the Federal Government would continue to encourage state governments interested in promoting viable economic ventures meant to create employment opportunities for the teeming unemployed youths.

Gov. Ikpeazu, who led a delegation of host communities of the Enyimba Economic City from Abia South for the signing of definitive agreements, thanked the president for his support and assistance to the people of Abia.

The signing of the agreements signified the commencement of work at the site. 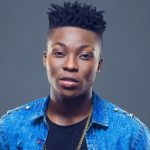 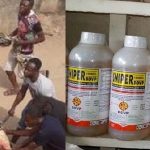