Yesterday, November 2, 2018, WAEC presented an attestation certificate and confirmation of school certificate result to Buhari at the State’s house in Abuja, through its Dr. Uyi Uwadiae.

Shortly after the president’s Special Adviser on Media and Publicity, Femi Adeshina disclosed the news on Twitter, allegations were leveled against WAEC by the Coalition of United Political Parties (CUPP) for ‘manufacturing’ examination results for the president. Read the report HERE.

The Peoples Democratic Party (PDP) has also accused was WAEC of giving a ‘political’ certificate to President Muhammadu Buhari, according to the party’s spokes man, Kola Ologbodiyan, Buhari has no school certificate. He said:

“it is a tragicomedy. We never expected Mr. President to dramatically come this low because you cannot have a certificate and be calling it an attestation.

“What are they attesting to? We stand by our position that Mr. President has no school certificate.

“it is simply a political certificate. We have said that the Buhari presidency and his handlers are always fretting at the mention of a certificate.

“So, they want to mislead Nigerians to say that Mr. President has a school certificate

“Even in our own generation, was a condition in WAEC that you must submit your passport to be attached to your certificate? They should come off it. It’s too low.

“You remember they procured Martin Luther Award presented to our president which later was discovered to be fake? This is a similar award, a procured. We are waiting for the story of its declaration as another procured document.” 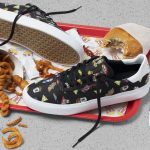