Senators in the All Progressives Congress (APC) and People’s Democratic Party (PDP) are reportedly at war over President Muhammadu Buhari’s refusal to sign the Electoral Amendment bill into law.

On Thursday, December 6, 2018, President Buhari in a letter to the National Assembly declined to sign the bill, saying it is for fear of disrupting plans already in place for the 2019 elections. Read the report HERE.

Speaking to Punch on the matter, a PDP Senator, Ben Murray-Bruce said that the upper chamber will do all in its power to override the President’s action, adding that the Senate rejects the various reasons given by Buhari for declining his assent. He said:

“First of all, we think it is a mistake not to sign the bill. We think Buhari should have signed it. We want the APC senators and all Nigerians to understand that that bill is the right thing to do at this period of our national life.

“We will do everything possible to work with progressive APC senators to get the right number of votes to override it. We will override it.

Reacting to Ben Bruce’s comment, an APC Senator, Ali Ndume said his colleague does not have the right to speak for the Senate on the issue. Ndume said:

“Let it be on record that he did not speak on my behalf. The letter from Mr President has not even been read and it has not been deliberated upon. His responsibility is to speak on behalf of the Senate, but if he is speaking for himself, that is a different thing.

“He went on to say that they are going to veto it. Where are they going to get the numbers (two-thirds) to veto it?”

Another PDP Senator, Biodun Olujimi said that PDP members will work with disappointed APC Senators to make the plan a success. Olujimi said

“This is because 70 percent of the INEC budget has to do with the funding of card readers and other equipment needed for the election.

“We are going back to the chamber on Tuesday to look at the reasons for the President’s rejection and we will do our best to override his assent because the Electoral Act (amendments) bill is the best thing that can happen to our election in Nigeria.

“It is not only the opposition senators who would override the President. We would work on our colleagues in the ruling APC, most of whom are disgruntled that their party denied them tickets to return to the Senate.”

Also, APC Senator,  Kabiru Marafa said that the plan will fail. According to him:

“How will they get us to support their action when we already agree that the reasons given by President Muhammadu Buhari were genuine and reasonable?

“INEC, at the moment, has a lot of issues to contend with. Why should we overburden them with new amendments that would make its works more cumbersome? Why can’t we wait till after the 2019 elections before we introduce new electoral laws?”

“I disagree with Senator Olujimi completely on that issue. INEC budget was huge because of the insecurity in the country. Most of the funds would be expended on security personnel to ensure a hitch-free exercise.

“I challenge her to come up with her figures and prove me wrong. There could be some calculated attempts in some quarters to sabotage the entire process; otherwise, I don’t understand the attack on the President for postponing the implementation of the law till after the general elections.”

“Why are they unnecessary jittery now over the use of the card reader. I am beginning to think that those who are agitating now have some ulterior motive. The 2015 election was successful because of card reader.”

“But from what I have read, his reasons are very genuine. Like I have always maintained, Mr President has always supported this bill. 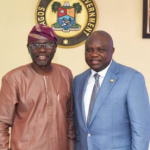 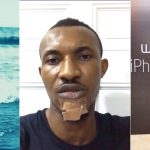