The Peoples Democratic Party (PDP) has accused President Muhammadu Buhari and the ruling All Progressives Congress (APC) of starving National Bureau of Statistics (NBS) of funds, in order to manipulate the unemployment data in the country.

On Monday, December 17, 2018, during an interview on Channel TV with Buhari’s spokesman, Garba Shehu, he said that the President had ordered the head of NBS to correct what he termed as the wrong representation of data regarding unemployment in the country. Shehu said:

“The NBS chief had addressed the federal cabinet and he made the admission that they had concentrated analysis over time on white collar jobs that they had not taken cognisance of job creation in areas of agriculture.

“The rice farmers association of Nigeria made the open claim and nobody has challenged them up to the time that we speak that they had created 12m new jobs.

“When he finished addressing the federal cabinet last week, the government asked the DG of the NBS, go out there and tell Nigerian public, you are just telling us now that Kebbi and Ebonyi are reporting the lowest unemployment rate in the country on account of agriculture.”

Reacting to Garba Shehu’s statement on Channel TV, the PDP issued a statement signed by its spokesman, Kola Ologbondiyan, saying the APC is desperate to hold on to power using deceit.

The party alleged that Buhari’s administration wants to force the Statistician General of Nigeria and the CEO of the National Bureau of Statistics (NBS), Yemi Kale to tamper with the unemployment data in the country.

“Our party holds that the National Bureau of Statistics (NBS) is a professional body, insulated from government interferences, with statutory responsibility to compute credible and verifiable data and statistics, for national planning”

“Nigerians can now see why the Buhari Presidency has deliberately starved the NBS of funds; to prevent it from conducting surveys and releasing further data that highlight the failures of the APC administration.

“Unfortunately, President Buhari appears to have forgotten that statistics is like a mirror. If the government does not like the ugliness of its reflection, then the problem is not with the mirror.

“If the NBS backs down for political expediency or intimidation, it would have dealt a mortal blow to the credibility of official statistics emanating from Nigeria. In the future, such official reports from it would be regarded worthless and unreliable.

“We therefore call on the Statistician General not to succumb to the blackmail of the Buhari Presidency but remain on the path of truth and facts, in the course of his duty.”

Meanwhile, the Director-General of the NBS, Dr. Yemi Kale has distanced himself from the claim by the presidency that the current administration has created at least 12 million new jobs since inauguration in 2015. 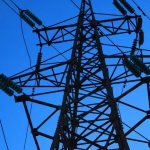 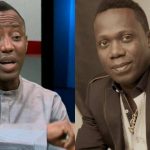