The Minister of Works, Housing, and Power, Babatunde Fashola, has clarified that the completion of the Nnamdi Azikiwe Mausoleum by the administration of President Muhammadu Buhari is not to gain political favor from the Igbos ahead of the 2019 election.

The minister made this clarification during an inspection visit to the Mausoleum in Onitsha, Anambra State on Monday, December 10, 2018, while noting that the current administration decided to work on the mausoleum as a mark of honor to the late Dr. Nnamdi Azikiwe after successive administrations had abandoned the project. He said:

“This is the fourth time I have visited this project since 2016. Why didn’t you accuse us then that we were playing politics with it?

“Now that we have completed the project, you are saying it’s politics. Well, if that is politics, it’s development politics and I think I like that type of politics.”

Fashola, however, could not state what it cost the government to complete the mausoleum.

The Zik Mausoleum otherwise known as the Zik’s place was started in 1997 in honor of the first president of Nigeria, Dr. Nnamdi Azikiwe. 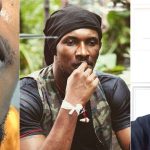 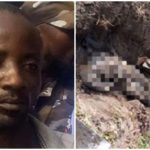