The national chairman of the Peoples Democratic Party (PDP), Uche Secondus, has explained how the party’s presidential candidate, Atiku Abubakar, will get back the remaining Chibok girls abducted by terrorist group, Boko Haram.

While speaking during an interview on Arise News on Tuesday, December 11, 2018, Secondus said Buhari’s government has not been doing enough to engage the terrorist group despite the return of over 100 girls.

He said an Atiku administration would be more engaging and address issues more intentionally and effectively than the current administration. He said:

“Before they (APC) came on board, they said immediately they come in they would release the girls and all that. Yes, some girls have been released but not much has been had.

“We’ll engage those who are involved with the Chibok girls; not only deploying the people but technology as to locate them and how to get them out.

“I believe that this government is not doing enough in either deploying technology or otherwise engagement.

“We’ve learned from our experience and we’re going to do more and the president is going to do something totally different. This is one president that you can see and you can feel and he’s able to move around and engage people.

“This is most important because the president of a country must take responsibility, must be seen and address issues.” 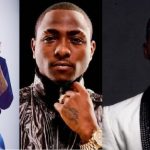 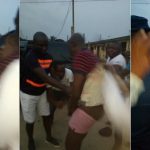