The Minister of Transportation, Mr. Rotimi Amaechi said that the establishment of an efficient rail line would solve the problem of gridlocks around Lagos ports.

Speaking during an inspection of the ongoing Lagos-Ibadan rail project on Thursday, January 3, 2018, the minister said that the major challenge at Lagos seaports was not clearing but inefficient rail line. He said:

“The problem at the Lagos seaports is not clearing because goods are cleared on time. The problem is movement of those goods out of port.

“I am not under pressure from anybody. Part of the solution to Lagos seaport is an efficient rail line. You can argue that the narrow gauge is there but it is not efficient.

“The moment we fix this, those goods will be transferred to the rail and the logjam will disappear.”

He said that the Lagos-Ibadan rail line would be extended to the port once the Iju section in Lagos was completed.

“So the pressure is more economic than political or people based. Once they finish Iju, I will push them to go to the seaport.

“Once that is done, there will be no more logjam and business will grow which will give room to more employment.” 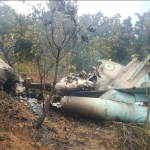 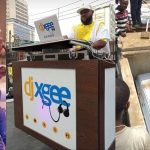