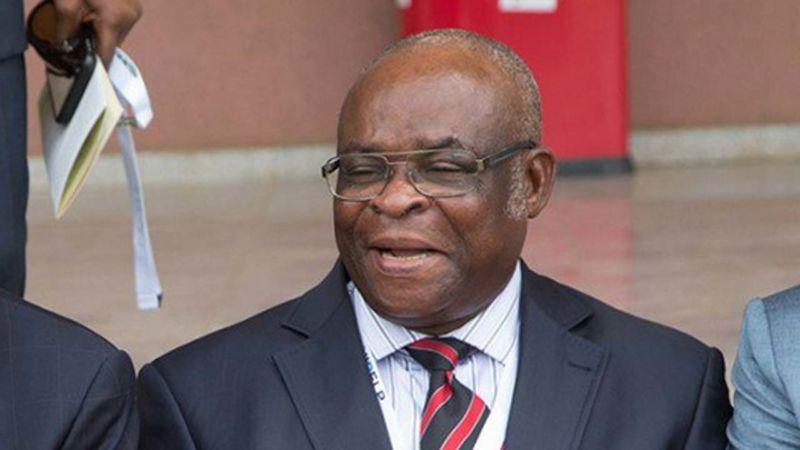 Ijaw youth group, under the aegis of United Niger Delta Youth Council, has blasted the embattled Chief Justice of Nigeria, CJN, Walter Onnoghen by saying that the people from south-south region are not thieves.

During a press conference on Saturday, January 26, 2019, the group’s president Jackson Bob- Manuel wondered why Onnoghen failed to exhibit a high level of decency in his conduct as the number one Judicial Officer in the country. He called on the embattled CJN to face the law and stop looking for sympathy. Bob-Manuel said:

“We are of the opinion that Justice Walter Onnoghen having risen to the exalted position of Chief Justice of Nigeria should have exhibited a high level of decency in his conduct as the number one Judicial Officer in the country.

“It is, therefore, inexcusable for a man of such high standing to feign ignorance to the law as regards the declaration of assets in the country under the Code of Conduct Act. And if that is the case, then such a person is not fit to hold the exalted position of Chief Justice of Nigeria.

“We also wish to use this medium to state that corruption as a social vice knows no tribe, race or religion. It is a cankerworm that has eaten deep into the fabric of the Nigerian society over the years, and so, therefore, those that using the suspension of Justice Walter Onnoghen to wipe up ethnic and religious sentiments should desist from such acts as they cannot cry more than the bereaved.

“Justice Walter Onnoghen a Niger Delta son that is supposed to serve as a role model to us has indeed failed woefully and brought shame and disgrace to the people of the Niger Delta region.

“When they steal government funds and buy choice properties for themselves and their families, they are Mr. A or Mr. B., but when they are caught, they become Niger Deltans who are suffering political persecution.

“The United Niger Delta Youth Council says enough is enough of this treachery by political allies from the Niger Delta region. They must be held responsible for their actions and inactions as regards their conduct in office. And the case of Justice Walter Onnoghen should not be politicized to look like ethnic persecution.

“The fact remains that he failed to declare some of his assets as stipulated by the law and so, therefore, he has committed an offense which requires that he faces the full wrath of the law. And as the number one law officer in the country, he should know better.

“The United Niger Delta Youth Council frowns at the insinuations coming from certain quarters that the government persecutes justice Walter Onnoghen. While this is far from the truth, it is merely an attempt to cover up for a crime that was committed and deceive the public.

“The United Niger Delta Youth Council, therefore, calls on all Niger Delta Sons and Daughters in Nigeria and the Diaspora to disown Justice Walter Onnoghen how has brought nothing but shame to us as a people.

“But now that his atrocities have come out to the open, he is now a Niger Deltan. We the United Niger Delta Youths Council rejects such hypocrisy and would never be a part of such all on the name of ethnicity and religion.”