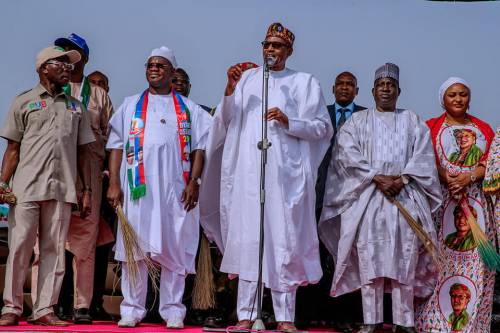 President Muhammadu Buhari has committed another error during the All Progressive Congress (APC) campaign rally in Warri, Delta State on Thursday, January 17, 2019.

Speaking on Wednesday at the presidential campaign rally of the All Progressives Congress (APC) held in Lokoja, capital of Kogi State, President Buhari had told the crowd:

“I assure you that I am very aware of your appreciation of the efforts for what we were able to deliver since came in 19th of May, 2015.”

On Thursday, at the end of his speech after another presidential campaign rally in Warri, Delta State, Buhari wanted to say he’ll hand over the APC flag to the Delta State governorship candidate of the party. He, however, said:

“I am handing over this flag of honour to our presidential candidate.”

When the man to his left corrected him, saying “gubernatorial”, Buhari responded with “to our senatorial candidate”. 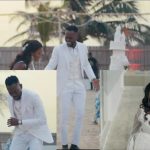 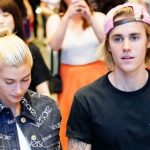