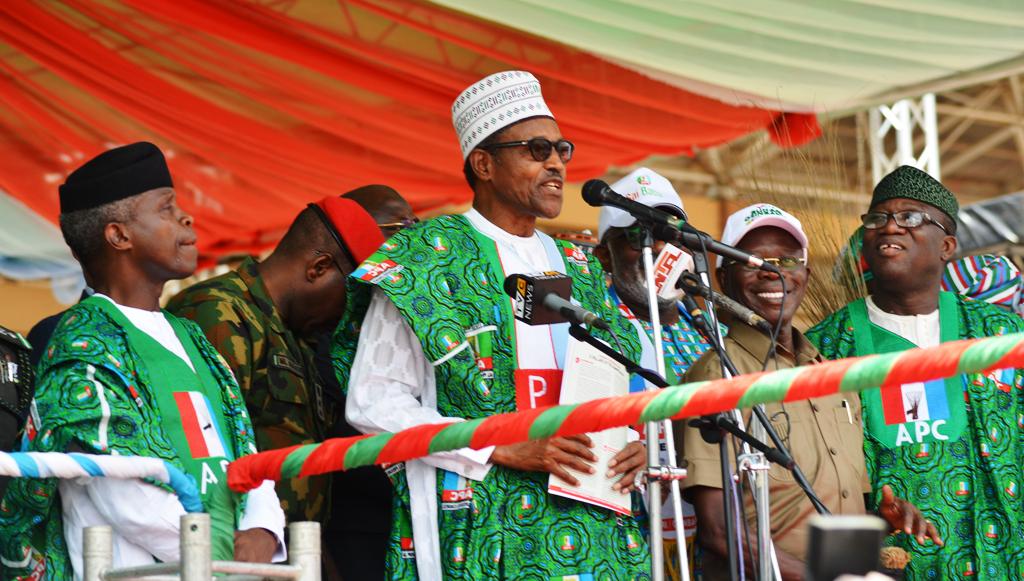 President Muhammadu Buhari made another mistake during the presidential campaign rally of the All Progressives Congress (APC) in Ekiti State.

President Buhari while addressing his supporters in told them that his government was cautious of the promises they made when they came on board in 2005. He said:

“I am very pleased the Vice President is here and the Chairman of the National Economic Commission [sic] has told you in detail what we are doing, especially that affects your state. I assure you what the Minister of Transportation said — Amaechi — because he’s in charge, he told you what we’re doing about the railways from Lagos to Kano through the states along the Nile; that we’re very conscious of the promises we made when came in 2005.”

However, Buhari was actually sworn in on May 29, 2015, after defeating Goodluck Jonathan of the Peoples Democratic Party at the poll.

The mistake which was captured in a viral video has since stirred reactions online, owing to the fact that it is not the first time he would be making mistakes on stage.

Some Nigerians on social media have, therefore, called on Buhari to stop campaigning and retire.

@chuksvicigona “This is proof my dear president need to rest.”

@Austinojie “Buhari is obviously not aware of anything around him.it is easy to make him sign a document authorizing the release of billions of dollars without knowing what he has signed.
He truly needs to rest.”

@Codshalom77 “What more evidence do you need to know that Buhari is suffering from Acute Dementia which is showing at every point in his interactions.”

@Lboogie_k “General slip of tongue. A Lagos radio OAP just said on his program this evening that the upcoming Election on “March 16th, 2019” instead of February. Does this also mean he has a memory loss or dementia?

@Chumychuks “Honestly speaking, buhari is just the fall guy. He’s been propped up by Abba Kyari and his gang. Their mission is simple, win the election by hook or crook. Drop buhari by the side and rule Nigeria by proxy.”

@Donvik82 “This man is just not fit to rule a nation, he got dementia and must go on a retirement.”

@Samuelnosike “This is becoming very disturbing, I sincerely hope this is not a case of dementia because it is absolutely no longer a slip as festus keyamo would want Nigerians to believe.”

@MBuhari should be allowed to go and rest in Daura.People pushing him on are EVIL!

@Hunree “And APC blames PDP for the past 16 years when they have been in charge since 2005.”

@Bankoleedward “Still wonder why some people are still supporting this man, wake up Nigerian we need better and sound leader.”

@Davethorty “My God Chineke mere nmadu ebere,I can’t take this gaffers anymore, not my President, Insha Allah back to Daura where he can peacefully watch over his 150 cows.”

@Lathyph “He doesn’t even know when Nigerians voted for him anymore. Lets vote them out come 16th of February.” 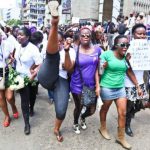