A Nigerian-South African based Pastor identified as Pastor Samuel Akinbodunse, has claimed that God told him that President Muhammadu Buhari will die before the 2019 election that is coming up on February 16th.

In a viral video on Twitter, the pastor said that those who know President Buhari or have access to the Presidency should warn him not to campaign for the election. If not, “he will die before the votes.”

According to the pastor, the president was crossing his boundary because “his tenure is once, not twice.” He said:

“Warn Buhari that he is going beyond his boundary. That the Lord said his tenure is once. Not twice. If not, he’ll not see the election.

“Tell him, if you know him or you know how to email the Presidency of Nigeria. Please write him a text. If he makes a mistake to campaign for the election, before the vote, he’ll die. And I’m saying the truth.

Watch the Video Below: 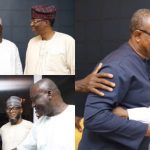 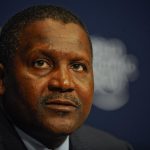